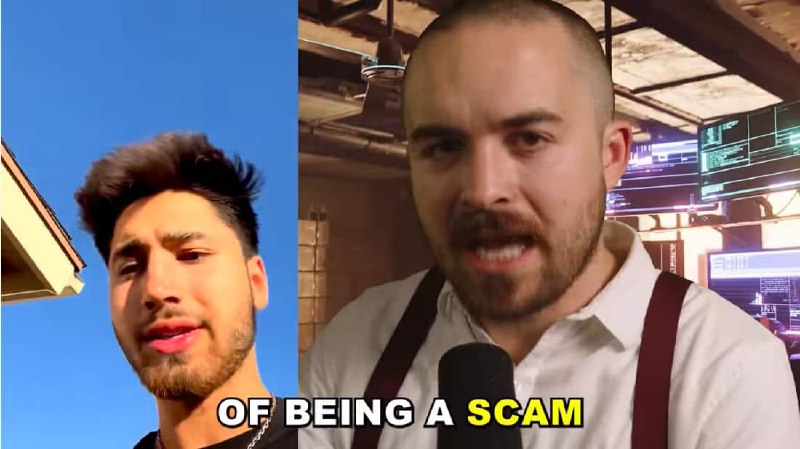 Coffeezilla, a YouTuber who investigates online scams, has unearthed an alleged plot by non-fungible token (NFT) scammers who could have potentially made $20 million in a dubious project.

In a video published on February 16, 2022, Coffeezilla details how the scammers attempted to use the Squiggles NFT project to defraud unsuspecting investors.

Notably, the project received a lot of hype and is alleged to have attracted several shadow wallets that engaged in pumping the volume. However, the project has since been delisted from NFT marketplace OpenSea. Squiggles have since promised to follow up with OpenSea.

While listed on OpenSea, Coffeezilla claimed that he discovered a series of fake wallets created by one person buying Squiggles translating to fake millions of dollars worth of fake volume. The purchased Squiggles were then flipped on OpenSea for less money.

Buying Squiggles worth 800 ETH and selling at a loss

For instance, a single account spent 800 ETH spread across two transactions resulting in hundreds of new wallets. Although the logic behind buying Squiggles and selling them at a loss is not clear, Coffeezilla noted that the aim was to give an illusion of huge interest to get people to buy in and then abandon the project.

The project began raising suspicion just before it launched after a dossier emerged claiming the alleged founder of Squiggles isn’t the real founder. It claimed the founder was working for a behind-the-scenes group that has carried out several scams before.

The suspects have been identified as Gabe, Gavin, Ali, and an individual who is a high school student.

Interestingly, one of the individuals accused of acting as a puppet for the scammers released a video denying the claims.

“Some weird accusations, not sure where they come from or how I’m tied. Exactly. I have no bad intentions. I would never hurt anyone physically, financially, or mentally. It’s not in me. I’m all about my morals,” he said.

According to Coffeezilla, the project founders are leveraging verified Twitter accounts to manipulate the social media platforms to discredit the person behind the dossier. Interestingly, users who enquired more about the dossier were quickly banned on the Squiggles Discord channel.

In a bid to appear legitimate, the scammers released several NFT projects that seem unrelated. Notably, the projects are run by a racket connected to a company called NFT Factory.

The scammers allegedly created hype by offering fake giveaways to close friends. The Squiggles team even rented out an actual office and hired real employees to cover all loose ends.

The initiatives were directed towards marketing Squiggles, where the scammers considered the project a breakthrough.

Interestingly, following the potential of Squiggles, the founders decided to celebrate but mistakenly posted photos on Instagram appearing alongside Gavin. They held a sign indicating ‘Squiggle boys.’ However, Gavin distanced himself from the photos stating that he was only in the company of people with a bad reputation.

Notably, individuals supporting the project maintain that Squiggles is a legitimate project with good intentions and they plan to proceed with their plans.