The wealthy class in the United States has experienced significant gains in their fortune, dwarfing the cumulative household wealth of the lower class. The U.S. household wealth refers to the value of homes, bank accounts, stocks, bonds, and other assets without mortgage debt, auto loans, credit card debt, and other forms of borrowing.

Why the U.S. upper class continues to amass more wealth

The source of wealth plays a key factor in the wealth distribution between the United States households. For instance, the upper class derives a larger share of their wealth from financial market assets and business equity. Their wealth has skyrocketed at an unprecedented rate, especially with the stock market’s recent all-time high record amid the pandemic.

Furthermore, in cases of recession, the upper class is bound to benefit from the resulting quick recovery in the stock market. Notably, the lower class and less earning Americans are less likely to own stocks, explaining the slow growth in their wealth over the years. Overall, the skewed nature of economic recovery benefits wealthier Americans.

Last year, the fortunes of the lower class took a hit as a direct impact of the health crisis. The lower class mainly comprises service workers who don’t have the pleasure of working from home. This group comprised the massive job cuts witnessed amid the pandemic. The middle-class individuals were able to work from home while retaining their income. With a lack of recreational activities like sports and other events, the middle and upper class could save income due to reduced spending.

The growth of wealth among the upper classes can also be linked to the booming residential real estate market that has added value to household balance sheets. Over the years, home-price gains have benefitted from low-interest rates. More middle classes citizens have been able to move to suburbs where property values are high.

The wealth inequality in the U.S. has been a source of debate for years. Based on the wealth growth rate, there is the view that lower-class people might keep experiencing diminished economic opportunity and mobility.

There are also fears that the wealth gap might impact the political influence of the disadvantaged groups. On the flip side, another school thought is not alarmed by the gap because the inequality does not harm the economic opportunities.

However, the resumption of economic activities will positively affect the wealth distribution as the lower class might benefit, but not in equal measure to the rich. A booming economy means people can start businesses and will be more willing to spend and save. 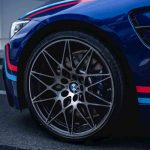