A new survey on the future of cryptocurrencies in Russia has revealed that 14% of citizens believe digital assets will replace fiat in the next ten years.

The research by Moscow-based Otkritie Bank indicates that 8% of the respondents from the Northwest region of Russia believe cryptocurrencies will eliminate fiat in ten years. However, respondents from the capital Moscow were more convinced that digital assets will replace fiat, with 21% of respondents indicating so.

Four out of ten respondents from Moscow believe that banks will adapt and align with the digital ecosystem amid the growing cryptocurrency sector.

Overall, the entire Moscow region at 46% believes that citizens should have the freedom to select their preferred currency between cryptocurrencies and fiat.

Elsewhere, another 39% believe that entirely replacing cash is not possible due to its position in the global finance ecosystem. Another 34% of respondents from the Northwestern Federal District don’t believe fiat currency is here to stay.

The survey was conducted between April 12 and 16 in different regions of Russia, with respondents aged between 18-65.

The study comes when Russian authorities are planning to roll out more monitoring on bank transactions involving cryptocurrencies.

The new regulations are part of the government’s plan to curb vices involving money laundering and other crimes. 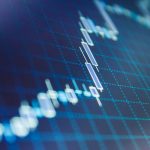