With the possibility of a recession on the cards, investors should look to determine which firms have a reasonable chance of emerging from a potential economic downturn in a better position. Despite 2022 hitting tech stocks particularly hard, market participants have been given an opportunity to buy some names at a discount.

Meanwhile, the iShares Expanded Tech-Software Sector (BATS: IGV), an exchange-traded fund (ETF), which tracks the performance of the software sector, has declined by over 25% this year.

Following these developments and a real opportunity to come out of any economic slump stronger, Finbold decided to identify two software stocks that could weather a recessionary hailstorm.

This technology giant needs little introduction to, as it seems, anyone since it has been dominating the computer world since they helped build it. Apparently, the company has always been on the cusp of new technology, always one step ahead of the competition, evidenced by its recent hiring moves around Web3.

More recently, Microsoft tried to acquire a household name in the gaming industry, which could be tied to their efforts to take place in the NFT and cryptocurrency craze sweeping the world by hiring more product managers focused on crypto.

However, at the moment, the lifeblood of the company is its Azure cloud business, which owns 21% of the market share, right behind Amazon’s AWS dominating the market with a 33% share.

Further, the company recently announced a slight reduction in financial guidance for the June quarter, while its peers announced larger cuts. This development could signify the resilience of MSFT’s business.

Just as the shares have lost over 4% in May, so too have they slightly recovered on higher trading volumes in June. Currently, shares are above the 20-day Simple Moving Average (SMA), looking to break above the $280 level.

Oracle databases are mostly required to run essential business transactions within large companies, making them hard to cut compared to other software tools. This, of course, is not the only selling proposition the company has; namely, in their latest earnings report, it had had revenue of $10.15 billion, representing a year-on-year (YoY) increase of 4.2%.

On the other hand, earnings per share (EPS) missed expectations by $0.05, with a total EPS of $1.13. Furthermore, the company recently completed the approval process to buy Cerner (NASDAQ: CERN), which should allow Oracle to flourish in the medical health systems and create better cloud solutions for the future.

In short, the shares of the company have had a bad 2022, falling over 17% year-to-date (YTD). Presently, the stock is above the 20-day SMA, with a possible support line around $65. Trading volumes have been pretty consistent possibly indicating a further side move for the time being.

Similarly, analysts rate the share a moderate buy, predicting that the average price for the next 12 months might reach $90.06, 23.90% higher than the current trading price of $72.69.

Overall, both of these companies are household names in the software and tech industry and have been around for quite some time.

Strong cash flows, balance sheets, and investments for the future should help them keep thriving despite inflation and difficult market conditions. 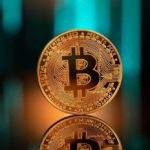