The cryptocurrency market is experiencing one of the longest downturns, with investors focusing on a possible price bottom. Amid the lingering market uncertainty, investors are also looking for means to navigate the conditions in anticipation of a future rally.

Indeed, former stockbroker, commonly known as the “Wolf of Wall Street,” Jordan Belfort, has previously shared tips on handling the market in phases of high volatility. Finbold has therefore compiled the following keys tips by Belfort on navigating the market correction:

The investor has maintained that Bitcoin (BTC) is a long-term store of value and can generate returns after at least three years. According to Belfort, Bitcoin has strong fundamentals that make it more attractive in the long term. Notably, as reported by Finbold, Belfort asserted that Bitcoin is bound to keep rising while acknowledging he was wrong on his initial projection of the asset going back to zero.

“If you take a three, four or five-year horizon, I would be shocked that you didn’t make money because the underlying fundamentals, I believe, are really strong, and I just think it’s a matter of time that you know where enough of it gets into the right hands; there’s a limited supply,” he said.

He believes that Bitcoin’s potential will be realized once the crypto sector becomes fully regulated.

With thousands of cryptocurrencies existing, Belfort believes investor focus should be on Bitcoin and Ethereum (ETH), suggesting that the two assets have strong underlying fundamentals. For Bitcoin, Belfort suggested that the limited supply and the rising adoption curve are two key catalysts that can trigger a rally.

He notes that the asset has moved beyond being a scam stating that the flagship cryptocurrency will survive the current market downturn, which he referred to as a ‘cleansing.’ According to Belfort:

“Bitcoin is the type of thing that will survive this cleansing; it’s not going anywhere anytime soon. Case in point Ethereum very similar. It was the first crypto that actually had sort of wide use cases in terms of decentralized finance (DeFi) for people to build other technologies on. So you have Ethereum there, which has gotten slaughtered as well, but if you’re long Ethereum, you know, and again nothing is a guarantee, the chances are that over the next three to five years that it’s going to come roaring back in the next bull cycle.”

However, he warned that beyond Bitcoin and Ethereum, most of the existing assets are yet to prove themselves but acknowledged that some assets might survive.

According to Belfort, with the cryptocurrency market grappling with widespread fear, investors should not play into the panic and sell. He believes the current correction is a form of getting rid of weak assets. He suggested that money is made in such conditions, but investors need to look at the right moment to get involved again.

“Right now, you’re ready to panic and sell your Bitcoin and your Ethereum. I’ll never tell you what to do, but you need to take a deep breath and get sober about this, and not play into the panic.<…> The entire world of crypto is paralyzed by fear, so does that mean you should be out there buying in droves right now? Well, I’m not saying that, but I’m saying that if you go back in history, these are the moments in time where the most money is typically made in the market now,” said Belfort.

After hitting highs in 2021, the crypto market has significantly corrected in 2022, driven by several factors, including the prevailing macroeconomic conditions. Although the market attempted to find a bottom for assets like Bitcoin, the FTX crypto exchange crisis has eroded the gains after the trading platform was hit by a liquidity crunch amid allegations of customer funds misappropriation by CEO Sam Bankman-Fried.

Consequently, the market wiped out over $150 billion in capital, with the FTT token ranking among the most hit assets. At some point, the token corrected by over 80% with about $2.5 billion in capital outflow. 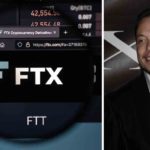