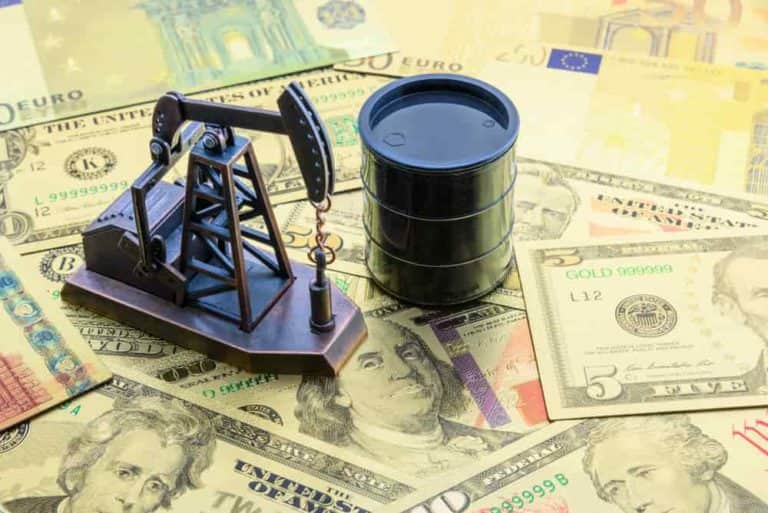 During Friday’s trading session, crude oil had its worst decline since the beginning of the pandemic, falling by 13% on the day. A $10 drop brought it back below the $70 level for the first time in more than two months. This seismic shift brought prices overnight to levels we predicted for the first half of 2022. Should we expect a boring crude oil market from here? Not quite yet.

Several factors will keep prices unsettled. The first one is the omicron variant. If or whether it will result in long-term isolationist policies among countries and hit jet fuel demand, or whether it will turn out to be a mild variant with just short-term limitations on travel, we don’t know yet.

Another factor is the OPEC+ meeting on December 2 where major oil exporters will decide how to react to the rapidly changing supply-demand picture. On one side – supply is being boosted by the release of Strategic Petroleum Reserves (SPR) led by the United States; on the other side – demand is being hit by the new covid variant.

The most likely scenario is that OPEC is going to stick with a modest oil production increase of 400kb/d as planned. This would calm the markets and stabilize the crude oil price and would give OPEC an additional month to evaluate the impact of the spread of the omicron variant. Such a position would mute growing criticism of OPEC blaming it for artificially keeping oil markets tight.

Lumber prices hammered – could softer demand of houses be the culprit? Gold and commodities shine as safe havens in 2022 as stocks continue to suffer Commodity expert warns biggest losers in a stock market drop will be Bitcoin, copper and oil

Besides the global pandemic, there are diplomatic efforts underway to get Iran and the United States back together at the negotiation table. On Monday, negotiations to repair the nuclear agreement restarted in Vienna. However, despite the fact that onlookers had low hopes for a breakthrough, both parties reported a positive atmosphere following the first day of negotiations.

Any progress in negotiations would increase the probability of additional crude hitting markets in the not too distant future. Before the US pulled out of the agreement in 2018, Iran was ramping crude oil exports to 2.5 million barrels with ambitions to increase supply to 4 million barrels. Iranian officials earlier this year claimed that 4 mb/d production is achievable within three months after the end of sanctions.

Elsewhere, WTI (West Texas Intermediate) price traded at $67.87/b overnight into the first day of December. Despite the recent fall, the market reached a fragile balance. Therefore, it slightly resembles the crude oil market of 2018. As it was then, Iran sanctions are at play, also the production is increasing, albeit slower than in 2018. Hence WTI price bounced back from the $64.45 level rather easily.

Thus, such relative balance of perceived “tightness” of the market challenged with increasing supply and uncertain demand might hold crude oil prices in the same range of $64-$78 for a little while. Conditions would have to change materially to break through $78 or drop below $64 which was both: a support level in 2018 and a resistance level in 2019. As such, crude oil’s long upward trend is derailed for now.

Although, worth mentioning, some analysts doubled down on calls for crude oil hitting $100/b and even increased those levels just very recently. For example, JPMorgan warned clients on Monday that Brent crude oil will hit $125 a barrel next year. As we discussed in our Q4 21 overview, we still do not see such calls as a likely scenario.