As the cryptocurrency market begins its road to recovery and Ethereum (ETH) is trading back in the green and above the $1,500 mark, crypto investors are curious about where the second-largest digital asset by market capitalization will finish the year.

Indeed, the consensus of 53 crypto and Web3 industry fintech experts have stated their predictions that the price of Ethereum would first drop as low as $675, before recovering again and ending the year at $1,711.

Looking further down the road, the panel believes that Ethereum would close the year 2025 at $5,739, and 2030 at $14,412, according to the results of the latest Finder price predictions report shared with Finbold on July 19.

Experts’ opinions and the Merge effect

Taking into account the recent crypto market crash and the upcoming Ethereum Merge, which will officially mark the network’s transition to the Proof-of-Stake (PoS) algorithm, the panel’s opinions differ on whether this is the right moment to buy ETH or not.

Specifically, 43% of panelists have stated the opinion that now was a good time to purchase Ethereum, while 16% of them believe that the moment has come to sell it. Another 41% believe that crypto traders and investors should just ‘hodl’ at this time.

Meanwhile, 78% of panelists believe the Merge will have a positive impact on the price of Ethereum, with over a quarter predicting the price increase would take place immediately after the Merge, 24% three months later, 13% six months later, and 11% one year later.

In the words of the Swinburne University of Technology director and lecturer Dr. Dimitrios Salampasis, who is among the more bullish experts with his predictions that ETH would trade at $2,350 at the end of 2022 and believes that the positive effect will appear six months after the Merge:

“The expected transition to a Proof-of-Stake consensus algorithm is expected to boost the scalability of the network and bring more efficiency and effectiveness in transactions, along with, potentially reducing gas fees. Ethereum will still need to innovate to ensure that it has a differentiation point compared to its competitors, particularly Algorand and Solana.”

On the other hand, CloudTech Group COO Kevin He was among the more bearish crowd in terms of the end-of-year predictions, looking at only $750. However, he believes that ETH would be worth $5,000 at the end of 2025, adding that ETH’s future price will depend on whether it completes the Merge this year.

“If Ethereum successfully completes the merger this year, we expect the price to rise because PoS and faster TPS lead to higher demand for ETH from miners, investors, and Dapp users, and if the market woes are alleviated in the second half of the year, it is possible for ETH price to rise to the previous high or break the previous high due to the rising demand.”

As things stand, Ethereum is currently trading at $1,526, which is a 2.27% improvement on the day and a 43.82% gain across the previous seven days, according to CoinMarketCap data. 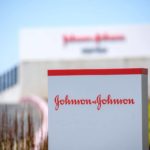