Following the crypto market meltdown in 2022, most companies in the space are now cutting down their marketing spending after splashing millions on different advertisement deals.

The overall spending by leading cryptocurrency firms has dropped by over 90% affecting both digital and TV ads, The Wall Street Journal reported on June 20.

Significant investments in marketing by the firms emerged in November last year after Bitcoin attained an all-time high of almost $68,000, with spending mainly geared towards pushing the crypto space into the mainstream alongside hiring celebrities as brand ambassadors.

The adverts peaked during this year’s Super Bowl despite the market showing signs of corrections.

Top companies that heavily invested in ads include Singapore-based cryptocurrency firms Crypto.com and Gemini. For Crypto.com, the company’s broadcast national TV and digital ads spending dropped to $2.1 million in May from $15 million in November 2021. In January, the spending stood at $40 million in the run-up to the Super Bowl.

As reported by Finbold, Crypto.com reached a deal estimated at $700 million to rename the Staples Center, the home of the Los Angeles Lakers to ‘Crypto.com’. One of the notable brand ambassador deals by the company was Matt Damon’s “Fortune favours the brave!”

Elsewhere, Coinbase  (NASDAQ: COIN) has paused its ad spending after utilising about $31 million in February with the company emerging among the most hit amid the current market conditions.

In addition to the advertising budget cut, Coinbase has also announced a freeze on hiring with a planned layoff for 18% of its staff.

Interestingly, some market players in the crypto space have maintained that despite the meltdown, there is a need to continue with marketing initiatives as part of beating the competition.

Need to keep up with competition

The spending that was analysed by mobile app analysis firm Sensor Tower shows that crypto exchange FTX Trading spent about $5.2 million in May from $3 million recorded in November. The company also onboarded former basketball star Shaquille O’Neal as its newest celebrity ambassador.

“A big part of this is that, overall, macroeconomic confidence is pretty low right now. Plus, when the price of Bitcoin is low, engagement on the apps, and new customers, tend to be low,” said Sensor Tower analyst Dennis Yeh.

Notably, since Bitcoin attained an all-time high, the market has lost its valuation by almost $2 trillion amid rising regulatory scrutiny. Concerns about the crypto sector have accelerated especially with the collapse of the Terra (LUNA) ecosystem. 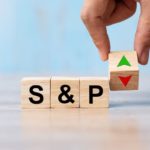