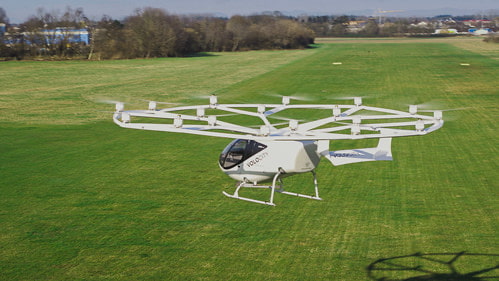 The money received, which is made up of capital from new and current investors, will be used to assist with the certification of its electric passenger air taxi and is anticipated to aid the company in achieving commercial launch in the first cities across the globe, according to a PRNewswire report on March 4.

Volocopter is creating innovative and environmentally friendly modes of transportation for communities all over the globe because of the way its family of aircraft functions as a comprehensive ecosystem.

Notably, Volocopter is one of the frontrunners in the urban air transportation field, having developed its technology over a ten-year period. As the world’s first and only electric vertical takeoff and landing (eVTOL) firm, plans to establish commercial air taxi services in locations including Singapore, Rome, and Paris.

“This funding round is a testament to Volocopter’s leading position in what is a highly attractive emerging market. We continue to make significant technical and commercial progress as we work toward bringing urban air mobility to life at scale in cities worldwide.”

With its headquarters in Seoul, Korea, WP Investment is a new and important investor in Volocopter’s latest round of financing. Using this announcement as a springboard, Volocopter and WP Investment plan to form a joint venture to provide South Korean cities with air transportation in the near future.

Meanwhile, recent announcements from the firm indicated that it has signed into a finance arrangement in principle with Aviation Capital Group (ACG) to shape the sale and lease of Volocopter aircraft for up to $1 billion.

After the aircraft certification has been completed, this deal will enable Volocopter to provide competitive lease alternatives to its operational entities and clients across the globe, which will be critical in the company’s ability to scale fast in the future.

The company noted that the funding would be primarily utilized to develop Wisk’s 6th generation eVTOL aircraft.

It’s also worth mentioning electric air taxi company Joby Aero has announced the completion of its longest eVTOL test flight to date of its full-scale prototype aircraft last year, with the company planning to officially launch its flights commercially in 2024 in the growing space.