Update: Crypto.com says “withdrawal services have been restored. All funds are safe. It will take time to clear the backlogs”. <…> “In an abundance of caution, security on all accounts is being enhanced”. The platform now requires users to sign back into their app and exchange accounts and reset their 2FA. However, some users still report they can’t re-enable 2FA or even log in to their accounts via emails or mobile phones.

The platform announced development on Twitter stating that ‘a small’ number of users had raised concerns about their accounts.

Crypto.com noted that the issue is under investigation but failed to disclose when normal operations would resume but assured funds were safe.

“We have a small number of users reporting suspicious activity on their accounts. We will be pausing withdrawals shortly, as our team is investigating. All funds are safe,” Crypto.com said.

Consequently, several users claimed that they had lost their cryptocurrency holdings through unauthorized withdrawals.

The development is a significant setback to the platform, which has recently focused on aggressive marketing, especially in the United States.

Last year, the company announced reaching a deal worth an estimated $700 million with the Staples Center, the home of the Los Angeles Lakers. Following the deal, the venue will be renamed ‘Crypto.com Arena’.

The company that mainly offers services through mobile applications and debit cards has registered massive growth. For instance, the platform emerged as the seventh most popular neobank in the Asia Pacific Countries (APAC).

The platform now has over 14 million neobank clients as of 2021, leveraging the growth of challenger banks.

The Crypto.com security compromise will put focus on the vulnerability facing the cryptocurrency sector. Notably, although the number of crypto platform hackings has significantly reduced, regulators not friendly to the industry have used it to validate the case of outlawing the sector.

Over the last seven days, Crypto.com’s native token CRO has been trading on the downside. By press time, the token was trading at $0.45, dropping almost 3% in the last 24 hours and 1% over the past week. 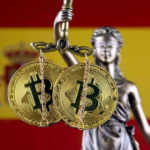