In a blog post, the foundation noted that the partnership that comes as a grant for the 12th BIU Winter School on Cryptography program also aims to push for more involvement in the Algorand blockchain.

Beneficiaries of the grant who are primarily graduate students and postdocs in cryptography will cover several topics, including advances in private-information retrieval and oblivious RAM, function secret sharing and homomorphic secret sharing, threshold signatures, and private set intersection. The winter school will take place from January 23rd to January 26th, 2022.

“We look forward to supporting the 12th BIU winter school, which will support the next generation of cryptographers through educating them on the disruptive potential of blockchain. Education will facilitate further blockchain adoption, a key focus in the ongoing development of the global Algorand ecosystem,” said Sean Lee, Algorand Foundation CEO.

The partnership forms part of Algorand’s inroads to popularize its blockchain towards achieving mainstream adoption. In September, the platform inked a deal reportedly worth $100 million with the Drone Racing League (DRL) to power several initiatives based on the Algorand blockchain.

The partnerships with various entities are likely to positively impact the price of Algorand’s native token ALGO. Over the past year, ALGO has surged in value by over 235% to trade at $1.74 by press time.

Interestingly, the token has performed relatively well compared to the general cryptocurrency market. Amid the recent market volatility, the coin has gained 45% from the recent low of $1.2 on December 20th. 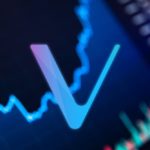