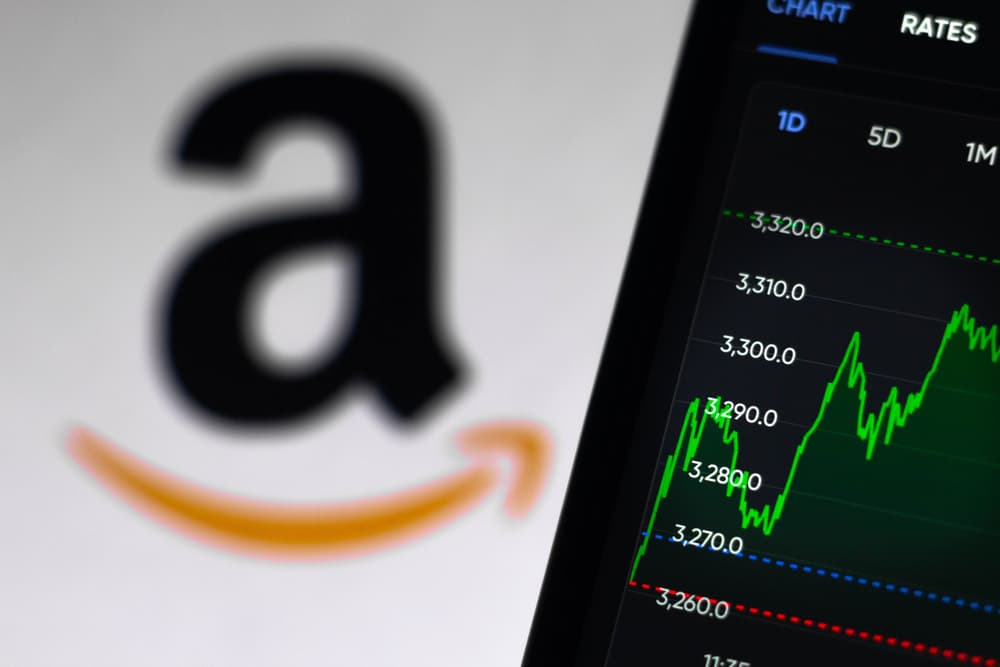 It seems as if the stock-split summer is heating up on Wall Street. Namely, recently announced stock splits by big tech names are nearing completion, with numerous others following the trend.

Moreover, stock splits usually signify that the companies have had financial success and that the individual share price has gotten too high for the small investor to buy in; therefore, a split in many cases is performed. Often the split itself can boost the share price of the company.

Presently, shares of Amazon are trending up, gaining 1.23% in the last trading session and over 17% over the previous five days. Shares are now trading above the 20-day Simple Moving Average, showing signs of a possible accumulation phase for the shares.

Similarly, on Wall Street, analysts deem the shares a strong buy, predicting that the average price the shares will trade for in the next 12 months is $3,603, which represents a potential upside of 48.06, from the current trading price of $2,433.68.

Amazon down but not out

When Amazon announced its stock split on March 9, the shares got a slight boost; however, concerns of an e-commerce slowdown have weighed on the stock, which has dropped over 12% since the split announcement.

Similarly, in recent months AMZN stock received its first sell rating since 2020 and has been removed from the best idea list by prominent analysts.

Yet, a possible advantage to Amazon’s stock split is that it could then be a good candidate for addition to the Dow Jones Industrial Average index. For instance, the index is weighted according to price, so moves by highly-priced stocks would move the index more than a low-priced stock.

In essence, adding AMZN shares to the Dow at these price levels would give it too much leeway on the index itself, but with the split, it could fit in nicely. Consequently, the market makers and the post-split performance of the company will decide whether this speculative notion of inclusion in the Dow is realized or not.

In summary, stock splits can benefit small retail investors who are not content with owning fractional shares of a company they feel strongly about. There also seems to be something psychologically easier to invest in lower-priced shares than higher-priced ones.