Companies like Advanced Micro Devices (NASDAQ: AMD) and Nvidia (NASDAQ: NVDA) are going to apply more price cuts on their graphics processing units (GPUs) in order to sell off whatever remaining inventory they have.

As a consequence of the worldwtoc, supply shortages were experienced in a variety of different areas and the cryptocurrency market has been buying up the limited supply of GPUs in bulk, and scalpers have been selling them second-hand at excessive rates.

This has only made purchasing a new GPU more difficult and costly than it already was. However, AMD and Nvidia are now rumored to be cutting their pricing significantly next month, according to a report by the Taiwan Economic Daily published on August 28.

“Huang Renxun, CEO of Nvidia, publicly said that there was an overstock problem, was selling at a reduced price, and there was pressure to cooperate in the operation of Taiwan factories,” Xiao Junhui reported.

At the same time MyDrivers added:

“Graphics card manufacturers will launch a new wave of price reductions from September, mainly NVIDIA and AMD products, and the price reduction will be much stronger than before, which can better relieve cost pressure.”

As a consequence of the worldwide pandemic, supply shortages were experienced in a variety of different areas, including PC users who are trying to update or replace their hardware. However, now even at the discounted price, it’s possible that people are no longer able to manage the expense of purchasing GPU’s due to financial constraints.

As a result of the rising cost of living, many people are now confronted with high heating and energy bills; hence, purchasing new computer hardware is not a high priority, particularly considering that doing so would simply result in an increase in electricity costs.

In a development that is perhaps as important, the collapse of the crypto market has resulted in an oversupply of used GPUs on the secondary market. As a result of the transition period that Ethereum (ETH) mining is now going through, it is anticipated that this pattern will persist throughout the month of September as well.

One of the arguments put out in opposition to the cryptocurrency market is that the process of mining consumes an excessive amount of energy. The current Ethereum mining method will gradually stop using graphics processing units (GPUs) under the Merge upgrade, which will see it transition from the Proof-of-Work (PoW) algorithm to the Proof-of-Stake.

This could mean that cryptocurrency miners will suddenly be stuck with pricey technology that they have no use for. Still it remains to be seen if a new price reduction that will take effect in September will tilt the scales in either direction for said companies. 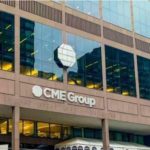