American economist and crypto critic Nouriel Roubini has said bitcoin will never attain the ‘digital gold’ status despite more institutions amassing the asset as a store of value.

Speaking to Kitco News, Roubini asserted that bitcoin has no utility and lacks use cases like gold, and price volatility eliminates the digital currency as a perfect store of value.

According to Nouriel, gold has proven over time its stability in high inflation and financial crisis cases. According to Roubini:

“Bitcoin doesn’t have any income. It doesn’t have any users, not even a means of payment, is not a stable store of value. It does not have utility. Nobody’s wearing bitcoin jewelry; that’s tacky, and therefore, how do you even price it? What’s the fundamental value of it? For any other assets, you have a set of economic fundamentals that can justify it. So the idea that Bitcoin is the digital gold, in my view, doesn’t make sense. And by the way, whenever there is a risk of episodes, Bitcoin falls more than other risky assets.”

Roubini maintains that bitcoin and crypto are a bubble and will burst soon, maintaining that despite having a market cap of $2 trillion, it will not impact the financial sector. He said that if the bubble bursts, it will affect mainly individual investors.

Additionally, Roubini cited several other factors like stock market correction as another trigger for crypto sector collapse. The economist added that he expects the sector will also experience a sell-off mainly due to regulations. He notes that the bubble burst will be gradual.

In the past, Roubini, who has termed digital assets as a Ponzi scheme project, added that the emergence of central bank digital currencies (CBDCs) would wipe out cryptocurrencies. Roubini notes that CBDCs will be more superior to cryptos with a broader use case even in the private sector.

Elsewhere, Microstrategy CEO Michael Saylor has in the past said bitcoin is a perfect store of value; hence the asset has no immediate threat in the coming years. MicroStrategy was a pioneer institutional investor in the digital currency sector. 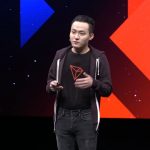