As financial institutions and organizations around the world are seeking innovative ways to improve their operations, such as through blockchain and cryptocurrencies, several banking giants have enlisted the help of money-transfer service Zelle to launch a digital wallet.

Functioning separately from Zelle, the wallet will be managed by Zelle’s operator, the joint bank-owned venture Early Warning Services (EWS), and is intended to become an alternative to established services such as PayPal (NASDAQ: PYPL), Apple Pay, and Google Pay.

Notably, the future digital wallet will not require users to input their card numbers as is the case with other services, and this, as the banks expect, will reportedly reduce the risk of fraud and payment rejections that can cost merchants money, reputation, and repeat business. 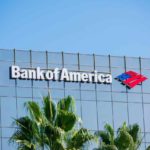 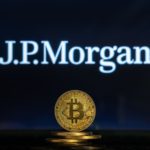 Specifically, the users will only be required to enter their email address during checkout, upon which the seller will ping EWS, which, in turn, would connect with banks to identify which of the user’s cards can be used with the wallet, so the user can then take their pick or give up on the purchase.

Furthermore, the wallet will support 150 million debit and credit cards, focusing on those U.S. consumers who have been regular with their payments, have used their card online in recent years, and have provided a phone number and an email address.

For the time being, the digital wallet will function with Visa (NYSE: V) and Mastercard (NYSE: MA) credit and debit cards, while negotiations with other card networks, such as Discover Financial Services (NYSE: DFS), are still in process.

Interestingly, Apple (NASDAQ: AAPL) has previously made a move more deeply into the financial service sector and is partnering with Goldman Sachs (NYSE: GS) to work on a savings account, as well as a ‘buy now, pay later’ offering.

Effect on price of PayPal

Meanwhile, after the WSJ report came out, PayPal’s stocks briefly dropped by 2.76%, from $78.97 to $76.79, but have subsequently recovered, at press time changing hands at the price of $78.90, according to the data retrieved by Finbold on January 23.

Earlier, in 2022, the above banks were mulling a plan to allow the use of Zelle for online purchases instead of Visa and Mastercard amid concerns over fraud and the treatment of disputed transactions, as the money-transfer service boomed during the pandemic when ATMs and cash were replaced by digital money transfers. 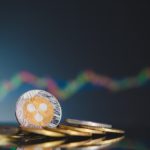 Over $1 billion inflows into XRP market cap in a day; Can Ripple's token reclaim $0.5?