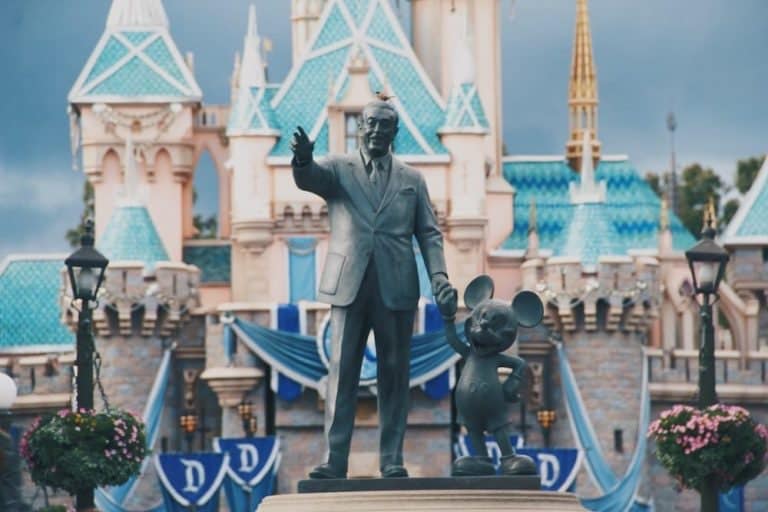 Disney’s theme parks also beat projections, contrasting with the company’s prior dull quarter when sales came in at $18.53 billion below the average estimate of $18.79 billion, missing profit and subscription outlook.

The company’s shares dropped after the company reported slowed streaming growth while their theme parks were still affected by coronavirus variant waves. Thus, Wednesday’s results represent a departure from the gloomy storyline.

There is a bullish outlook held by many Disney stockholders, as they had anticipated that the company’s theme parks would rebound after the pandemic. At the same time, the streaming-subscriber expansion is expected to result in recurrent profits in the long term.

Not to mention that the company is also taking a serious look at the metaverse and integrating the actual world of the parks with the digital world in order to create a more immersive experience.

Whatsmore, the company’s shares are trading below its 20-day simple moving average (SMA) and its 50-day SMA, which usually indicates an uptrend or downtrend. Given the recent performance and a price below the 20-day SMA, the firm’s short-term momentum would be bearish; however, bearing in mind the recent climb from its earnings and a notably high price premarket, the momentum appears to be shifting.

There is a support zone ranging from $137.37 to $138.41 formed by a combination of multiple trend lines in the weekly time frame, a Stop Loss order could be placed below this zone. Conversely, a resistance zone ranging from $148.81 to $150.56 is formed by a combination of trend lines and moving averages across multiple time frames.

It’s worth mentioning that 21 Wall Street analysts have provided 12-month price estimates for DIS in the past three months. In general, a median price goal of $195.63 is expected, with a high prediction of $229 and a low projection of $165.00 forecasted. The average price objective indicates a 32.87% upside over the stock’s most recent trading price of $147.23.

In the last three months, sixteen TipRanks experts have repeated their ‘Buy‘ recommendations for Walt Disney, while five have advised to ‘Hold.’ Notably, none of the analysts recommend selling the stock.

As a result, most experts believe that Disney is a ‘Strong Buy,’ with a rise of 32.87% upside from the most recent price.

Disney announced $1.06 in adjusted profits per share for its fiscal first quarter, concluding in December. This was a 231% increase year over year and ahead of analysts’ average forecast of 74 cents.

When compared to Wall Street’s average projection of $20.3 billion, revenue came in at $21.8 billion, a 34% increase. The company’s fiscal first-quarter operating income was about $3.3 billion, above the $2.0 billion consensus estimate and increasing by 145% from the same period the previous year.

For the most part, the upward surprise came from Disney’s theme parks section. Disney’s theme parks business did not see a post-pandemic rebound in 2021, resulting in a decline in the company’s stock price. It made about $2.5 billion in operational profit while generating $7.2 billion in sales, which was more than twice the previous year’s figure.

Most of Disney’s theme parks across the world have reopened, cruise ships are sailing again, and families who have received vaccinations are ready to return and spend. Disney reported that revenue per visitor is up substantially from pre-pandemic figures.

“I could not be more pleased with the performance of our [theme parks] segment, which posted its second-best quarter of all-time,” said Disney CEO Bob Chapek.

He added at the earnings call:

“Over the last several years, we’ve transformed the guest experience by investing in new storytelling and groundbreaking technology and the records at our domestic parks are the direct result of this investment.”

Who can do it better than Disney

Finally, Bob Chapek recently hinted at plans to bring the entertainment behemoth into the Metaverse in a post-earnings discussion.

“If the Metaverse is about blending the digital and physical worlds, then who can do it better than Disney?”

Recently, Disney had posted a job listing for a Metaverse designer with one of the responsibilities in the role involved with shaping the future of consumer products into digital, Metaverse, and gaming.