Analysts predict that Bitcoin will stabilize this week after falling below $50,000, in anticipation of Friday’s options expiry date and the Federal Reserve’s annual economic policy symposium.

On Friday, around 25% of Bitcoin options open interest will expire while the $50,000 strike price has the highest concentration of open interest and is also a major technical resistance level.

At the same time, lead insights analyst Will Clemente stated. “29,696 BTC moved onto exchanges in the last week. Not a trend we want to see continue.”

This might indicate that traders are transferring their Bitcoin to exchanges in anticipation of a sell-off if Bitcoin can’t sustain the important $50,000 level following the options.

After six weeks of outflows, the first inflows of $21 million were recorded in the week ending August 20, 2021.

Since mid-May, the total assets under management (AuM) had hit a new high of $57.3 billion. In particular, Solana (SOL), a rival to Ethereum (ETH) that offers a customizable ecosystem and quicker transaction resolution, received the greatest inflows of any digital asset last week totaling US$7.1m, according to the report.

In his chart analysis, he revealed: “Cardano going towards $3.50 as the next level. However, my interest (daytrade) is at $2.45. Further; looking for swings at the lower bounds of $2 if this one corrects significantly.No buying interest here.”

Due to a gain of more than 13,000% since the beginning of the year, Cardano is presently trading at record prices.

At the current price of $2.92, Cardano has a market worth of $93.7 billion according to CoinMarketCap. In the past week, its price has increased by a staggering 40.8%.

Its recent price hike coincides with the announcement of the forthcoming ‘Alonzo’ upgrade, which would bring smart contracts to the blockchain with the September release. 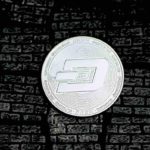