For years, Bitcoin (BTC) has long been associated with high price volatility, a factor that has kept most investors away. However, the situation is changing, with Bitcoin appearing less volatile than traditional investment products like stocks.

In this line, analysts led by Steven McClurg, the chief investment officer at digital-asset fund manager Valkyrie Investments, believes that the dropping volatility amid suppressed trading volume could spell doom for Bitcoin’s price in the long term, Bloomberg reported on August 13.

Consequently, McClurg believes the volatility will likely accelerate further, especially with the flagship cryptocurrency being weighed down by the prevailing macroeconomic conditions.

“In an overall bear market, you do not want low volatility coupled with low volume because we’re already in a recessionary period, we believe it could get worse and the Fed will continue to raise rates and people might start taking money off the table. And when there’s low volume and low volatility, it will cause prices to go down faster, it could cause higher volatility,” he said.

“So while low volatility is perhaps an indication that Bitcoin is becoming more boring and less contrarian, low volatility on low volume might not be great for Bitcoin,” he said.

The analysts’ take comes as Bitcoin’s 30-day realized volatility continued to plunge, hitting 52% after months of standing at 64% on an annualized basis. At the same time, Bitcoin trading volume has plunged below the $50 billion mark after standing at over $100 billion at the start of the year.

Notably, the dropping Bitcoin volatility has been attained at a time the crypto sector trades in tandem with the stock market. The correlation has emerged as the global central banks continue raising interest rates to handle the skyrocketing inflation.

The situation has caused most crypto investors to shy away from the space and avoid daily trading. Amid the suppressed market, the volatility has cooled as historical speculation appears to fade away.

Furthermore, with Bitcoin consolidating around the $20,000 level for weeks, the trend has pushed some market players to speculate the asset has bottomed. In the meantime, the asset was trading at $18,700, plunging almost 2% in the last 24 hours. 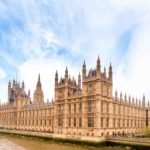