Bitcoin has been on a charge recently, surging this week to its highest price in 2020. Analysts are now scouring the charts and technical indicators looking for where things are likely to go next for the king of crypto.

On the back of the news that payments giant PayPal would be enabling crypto payments, Bitcoin surged to a fresh yearly high of $13,200 in late trading on Wednesday, Oct. 21. This marks the highest price that the digital asset has hit since June 2019 when it topped $13,800 briefly.

Bitcoin makes 14% in a week

Bitcoin found resistance at this level and retreated to $12,700 before returning to top $13k again the following day. At the time of writing, BTC has pulled back slightly and is currently trading a touch over $12,900 according to Tradingview.com.

The move marks a gain of 14% since last Friday and 23% since the same time last month. Since the beginning of the year, Bitcoin has made an impressive 80% but it has not been the best performing crypto asset.

Analyst ‘CryptoHamster’ disagreed with the widely accepted notion that the PayPal news had anything to do with Bitcoin’s price pump, correlating it with the minting of more of the stablecoin Tether instead.

Tether often produces more of the stablecoin which subsequently flows into Bitcoin. Its latest mint was just a day ago when $300 million USDT replenished the Tron Network.

“Last October we got the Xi Jinping $3k pump on Bitcoin in one day. This October we got a more organic $3k Bitcoin uptrend over the course of a few weeks,”

Where next for BTC?

Analysts are eyeing a short term pullback for Bitcoin following its rampant performance this week. This could provide key buying zones for the bulls to continue their momentum.

Popular trader and analyst ‘Cantering Clark’ thinks that prices blasting through the previous all-time high of $20k are quite possible.

Either way, the bulls are very much in control of Bitcoin and cryptocurrency markets at the moment. 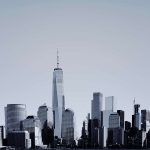