Bitcoin is set to enter November with a lot of unpredictability that might result in high volatility. The analysis comes as data from Skew indicates that the digital asset’s realized volatility above $10,000 has not plunged this low.

Since the inception of Bitcoin, it is the first time the asset is realizing volatility of about 10% just above $10,000. By press time the asset was trading at $11,896.

Based on the previous price movements, when Bitcoin’s volatility surges above $10,000 it has led to a massive rally or rejection. For several months now, Bitcoin has established some stability above the $10,000 mark with a range between $10,500 and $12,000.

Currently, it is not clear if the possible Bitcoin volatility will result in a bull rally or pullback.  However, veteran Bitcoin traders are optimistic that the asset will undergo an upsurge based on the recent momentum.

On the other hand, cryptocurrency analysts believe that the separation of Bitcoin and traditional stocks are a major catalyst for the asset’s rally. Between March and October, Bitcoin has rallied in tow with stocks. However, over the past one week, Bitcoin has separated itself from the equities market, rallying on its own.

Holger Zschaepitz, an analyst at Welt market commented on Bitcoin’s relation with the stock markets. According to Zschaepitz:

“Bitcoin rallies to almost $12k while stocks stumble as the cryptocurrency is emerging as a relative oasis of calm and outperformance. Crypto fans are closely watching the $12,000 level as a major hurdle to cross before it can embark on a bigger rally.”

His sentiments are echoed by other traders who believe that the current technical price trend is optimistic.

However, a potential Bitcoin upsurge is facing a barrier ahead due to ‘Hodlers‘. 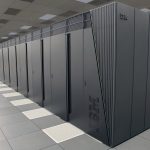