As the anticipated Ethereum Merge upgrade nears, the CEO of one of the largest cryptocurrency mining pools has told the public that his organization has invested $10 million towards the Ethereum Classic (ETC) ecosystem and will continue financially supporting it.

Specifically, the $10 million in funds are intended for inviting more developers “to build the prosperity of ETC,” supporting the network’s developers to deploy projects on the mainnet,” increasing its “layer 2 scalability through premium scaling solutions,” and incubating leading projects on Ethereum Classic.

In addition, Bitmain announced at the summit that the buyers of all of its Antminer models would be able to pay for them using ETC after it released its latest Ethereum mining model, the Antminer E9, in early July. 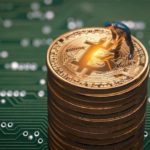 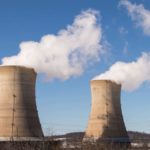 Notably, Lv’s speech took place after Ethereum creator Vitalik Buterin invited people to use the Ethereum Classic blockchain if they prefer PoW networks, calling it “a totally fine chain” in his speech at the EthCC conference in Paris on July 21, where he discussed the upcoming Merge upgrade.

As the announced Merge of the Ethereum (ETH) blockchain approaches, officially marking the network’s transition to the Proof-of-Stake (PoS) protocol, the Ethereum Classic ecosystem is set to remain using Proof-of-Work (PoW).

This means that ETC has the potential to accommodate miners migrating from Ethereum, as it only requires minor upgrades to start mining on it. In response to miners realizing this possibility, the price of Ethereum Classic’s token soared over 50% in one week, as Finbold reported in mid-July.

Currently, the price of ETC stands at $27.19, a 16.35% increase on the day and a 9.64% improvement across the previous week, according to data retrieved from CoinMarketCap. 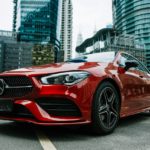