Apple (NASDAQ: AAPL) is looking to diversify its supply chain away from China, as it is reportedly in talks to have its watches and MacBooks produced in Vietnam.

Apple suppliers Luxshare Precision Industry and Foxconn have allegedly begun production of the Apple watch in northern Vietnam, aiming to have it produced outside of China for the first time, as Nikkei Asia reports on August 17.

Additionally, it seems that the HomePod smart speakers could also be produced in Vietnam in due time. In the past, Apple produced its AirPods and iPads in Vietnam; however, this broader production shift could enable the firm to avoid supply chain disruptions, the likes of which have been seen during the Covid pandemic.

Furthermore, this diversification could help AAPL shares to reach new highs as one of the issues in terms of supply could be solved.

Overall, the long and short-term trends are both positive as AAPL is trading in the upper part of its 52-week range. Over the past month, the shares stayed between $150.37 and $173.71.

Meanwhile, TipRanks analysts rate the shares as a ‘strong buy’, seeing the average price in the next 12 months reaching $182.79, 5.64% higher than the current trading price of $173.03, while only one of the 28 experts advocates to sell.

Consequently, the tensions between the US and China have been a boon for Vietnam as more and more companies look to diversify their production away from the nation.

“China’s role as the world’s most important factory has been challenged since the trade war and then later its energy and zero-COVID policies. That really makes Vietnam, which is close to China, an ideal destination for many electronics makers as the nation gradually grows its supply chain ecosystem.”

In order to diversify their operations away from China, a large number of other big electronics manufacturers, including Google (NASDAQ: GOOGL), Dell (NYSE: DELL), and Amazon (NASDAQ: AMZN), have also set up production in Vietnam.

With the view of China being the world’s most important factory, other Asian countries may profit, along with the shareholders of companies looking to strengthen and diversify their supply chains. 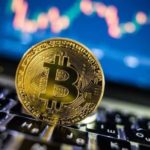