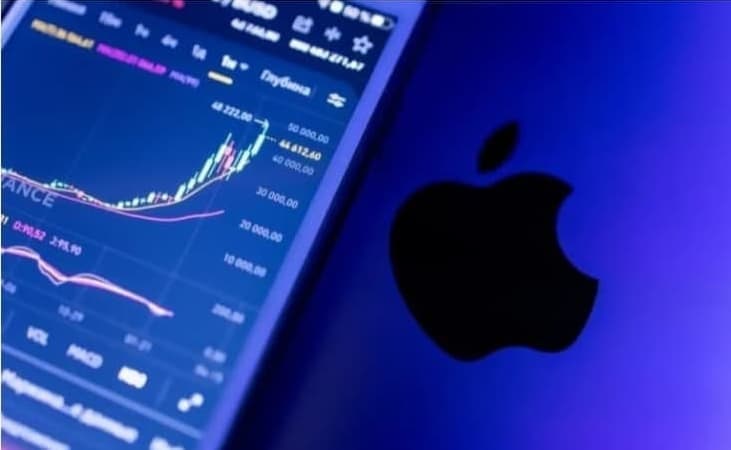 The stock price rose following reports regarding Apple’s autonomous vehicle project, which helped the firm climb up +4.38 (2.85%), beating the all-time intraday high of $157.26 set on September 7. The company’s price has gained more than 21% thus far in 2021 and 33% over the preceding twelve months.

Although AAPL has only been a moderate performance in the overall market, the technical picture is favorable in both the medium and short-term time frames. Apple stock is presently on its way to setting a new 52-week high, which is a highly positive sign; this is in keeping with the performance of the S&P500, which is also trading at new highs.

Notably, AAPL is trading well above its 20, 50, and 200-day simple moving averages, typically utilized by stock trading investors as uptrend indications. As a result of recent performance and a price above the 20-day SMA, it appears that the firm’s short-term positive momentum might push it above the $160 level soon.

U.S. EV sales boom, on track to account for 60% of all car purchases by 2030 ‘Big Short’ Michael Burry is not shorting TSLA but believes he should have China’s new energy vehicles continue penetrating the market as auto sales grow by 32% YoY

AAPL has been trading in a broad range of prices during the previous month, fluctuating from $146.41 to $158.67, which is relatively wide. In terms of price, it is now trading around the upper end of this range.

As a result, Apple does not provide a very favorable entry point at this time as recently, prices have been expanded to the upside; thus, it is preferable to wait for a period of consolidation before making an entry.

There is little question that investors are looking forward to the potential effect of Apple’s entrance into the vast Electric Vehicle (EV) industry. However, any launch is still several years away, with Apple’s projected goal date of 2025 is apparently considered ambitious even by some inside the business.

Amid the reports, the world’s largest technology corporation is speeding up its efforts to develop a self-driving automobile and might show its first model as soon as 2025. The tech giant is aiming for a completely autonomous car, with new division chief Kevin Lynch the Apple Watch software executive, is aiming for a delivery date that is far sooner than expected.

In early June, Lynch, Apple’s vice president of technology, was appointed to manage Project Titan, the company’s autonomous vehicle development effort. Furthermore, BWM’s Ulrich Kranz, a 30-year industry veteran who oversaw the development of the i3 and i8 electric and hybrid vehicles for the German carmaker, was brought on board.

While Apple reported profits of $1.24 per share for its fiscal third quarter, which ended in September, the tech giant noted that supply chain issues cost the company $6 billion in sales, marking the company’s first earnings shortfall in five years. Apple said that group sales increased by 29% from the previous year to $83.4 billion, falling just short of analysts’ expectations of $84.8 billion.

On a final note, it was also revealed yesterday that Apple customers will finally be allowed to repair their own iPhones for the first time thanks to a major adjustment in Apple Inc.’s long-standing regulations about who may perform repairs on the company’s expensive products. For the time being, users will be able to repair parts of their iPhone 12 and 13.

Watch the video: Apple is aiming to build a fully autonomous electric car