In recent years, electric vehicle (EV) stocks have risen to the top of the list of stock market investors’ priorities as many people feel that the automobile industry will transition to electric vehicles in the near future.

Many governments around the world have even subsidized the shift to electric vehicles in different ways. After Congress enacted an infrastructure plan this week that includes money for the electric car sector in the amount of $7.5 billion, equities connected to electric vehicles saw a significant increase in value this week.

With a focus on environmentally friendly products, the European automobile industry is witnessing increased activity. The sector is also seeing an increase in consumer demand, which is being fueled by several initiatives.

It is also worth noting that the demand for new passenger battery electric (all-electric) vehicles across Europe surged 231.58% between Q2 2020 and Q2 2021, from 63,422 to 210,298, with the figures reflecting a triple growth in demand for all-electric vehicles.

Not to mention that the stock market’s seasonality suggests that November is a good month for investors, hence many of them will be paying attention to the most recent financial reports of EV firms to see whether a rally is in the cards for the end of the year.

Electric vehicles are becoming more popular due to lowering prices as well as improvements in range and charging speed, not to mention the tax breaks.

In the current climate, it seems like everything is working in favor of EV adoption. As a result of the tremendous growth potential in the area, it is understandable why stock traders are seeking the best electric car companies to purchase in the market today.

Consequently, we’ve compiled a list of three leading EV stocks, each of which is predicted to produce double-digit returns over the next 12 months by expert Wall Street analysts.

In September, XPeng Motors (NYSE: XPEV) introduced its newest car, the P5 smart family sedan series, to the market. As of October, 437 new electric vehicles were delivered, with a “solid order backlog” for the new sedan. As a whole, XPeng has increased its year-to-date deliveries by 289% so far in 2021, despite industry-wide supply chain problems and a worldwide semiconductor scarcity.

In response to increasing demand, XPeng is expanding its supercharging stations across China. The firm said that its “branded supercharging network covers urban commuting thoroughfares and highways via 439 stations throughout 121 Chinese cities.”

Good indicators have emerged in the most recent evolution of the stock market. Still, the medium-term picture remains ambiguous, even though both the long- and short-term trends are positive. Investors will be keeping a keen eye on the company’s Q3 earnings on November 23.

XPEV is now in the middle of its 52-week range, while the S&P 500 Index is trading near new highs, indicating that XPEV is slightly trailing the market.

In particular, XPEV has traded at a wide range of prices over the last month, ranging from $37.88 to $49.55, which is rather significant. It is now trading in the center of this range, suggesting that traders may find some resistance above the current price.

Support is located at $34.70 through a horizontal line in the daily time frame. In contrast, resistance is located between $46.58 and $46.64 via a combination of various trend lines and significant moving averages in multiple time frames.

Four Wall Street analysts projected an average price forecast of $55, with a high of $63 and a low of $50 for Xpeng over 12 months. The average price estimate implies a 24.15% upside from the most recent price of $44.30.

Furthermore, based on the price projections of 4 TipRanks experts’ stock recommendations for XPEV over the last three months, all four  analysts advise to ‘Buy,’ while none favor ‘Hold,’ or ‘Sell.’

Based on their recommendations, the consensus rating for XPEV stock is a ‘Strong Buy,’ with a 22.15% upside, making it an attractive buy for both traders and investors, as even their lowest price projection of $50 is greater than Xpengs current price of $44.30.

As of October, Li Auto Inc. (NASDAQ: LI) has delivered 7,649 automobiles, more than twice as many as the same month a year earlier and a modest increase over the previous month of 7,094.

Like other manufacturers, Li Auto has been plagued by a scarcity of semiconductors. Industry observers, on the other hand, argue that supplies seem to be improving. China-based competitors Xpeng reported good October deliveries, but Nio contrastingly struggled.

Li Auto is not yet profitable, even though management declared a gross margin of 18.9% in the most recent quarter, an increase of 5.6% year over year. Investors are placing their bets on Li Auto being profitable in 2022.

The long-term trend is positive; however, the short-term trend is neutral at this point. At the time of writing, LI is trading near the center of its 52-week range; additionally, in the previous month, LI has traded in a broad range between $28.00 and $34.83, which is a significant range.

Based on the price forecasts of six TipRanks experts’ stock recommendations for LI over the last three months, five suggest ‘Buy,’ with just one analyst advocating to ‘Hold’ and none to ‘Sell.’

The consensus rating for Nio stock is a ‘Strong Buy,’ with a 39.88% upside at its average price target, making it an attractive investment for both traders and investors alike.

Nio Inc (NYSE: NIO) announced disappointing delivery results for October, with 3,667 car deliveries, a 65% decrease from September’s figures. However, the decline was expected since the firm began updating its production facilities in October to accommodate the ET7 model, which resulted in the dip.

While some may have been disappointed by the company’s October delivery report, Nio’s order book continues to show growth. Qin Lihong, a co-founder of NIO, stated that the firm has been able to sustain an order book of more than 10,000 automobiles for many months in a row.

NIO released a mixed set of financial results for the third quarter of the fiscal year 2021. The firm reported a loss per share of RMB 1.82 ($0.28), which was more than twice as high as the loss per share projected by analysts. On the other hand, revenue exceeded forecasts, increasing 116.6 % year on year (YOY).

The number of vehicles delivered by NIO, which was announced at the beginning of October, surpassed experts’ expectations. This year, NIO’s stock has returned -7.7%, which is much lower than the 32% total return of The S&P 500 over the same period.

In terms of market performance, NIO has been trading in a broad range of $35.47 – $44.27 during the past month, which is quite a significant range. Regarding its price, it is now trading around the upper end of this range.

Elsewhere, 10 Wall Street analysts have offered a 12-month price target with an average level set at $59.91. The highest forecast is at $72, while the lowest prediction is $45. Thus, the average price target represents a 47.42% change from the last price of $40.64.

Nine out of ten analysts recommended ‘Buy’ NIO, with the remaining expert recommending ‘Hold.’ Notably, none of the analysts advocate ‘Sell.’

Following their recommendations, the rating consensus for the NIO stock is a “Strong Buy,” with a 47.42% potential gain. This makes it an appealing purchase for both traders and investors since even their lowest price estimate of $45 is more than the firm’s current price of $40.64. 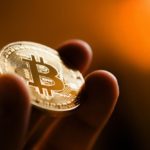 Future Trends chair: Bitcoin to mature in a decade, but expect 'mega changes' within 5 years