Apple (NASDAQ: AAPL) stock price lost more than 5% of the value after a staggering 11% year over year drop in iPhone smartphone shipments for the September quarter. Samsung has replaced Huawei from the top spot amid the US ban. Apple stood at fourth place, with an 11.8% market share, according IDC data.

Shares of the largest tech company have been struggling over the last few weeks. The latest IDC survey and September quarter results added to investors’ concerns. The company has missed the iPhone revenue consensus estimate by a wide margin for the September quarter. Apple stock is currently trading around $108.

The company blames the delay in iPhone 12 launch and slow demand from China for the massive decline in iPhone sales.

“We had new iPhones in China a year ago, this year we didn’t. We’ll be growing in China in the December quarter,” CFO Luca Maestri said.

The company has recently launched 5G supported iPhone 12, but the market reports are suggesting that sales are likely to remain lower than expectations. This is because of pandemic and low purchasing power. Piper Sandler’s survey hinted that only 10% of respondents plan to buy a new iPhone.

Its September quarter revenue jumped 1% from the past year period because of strong revenue growth from services and mac business segments.

Its services revenue hit a record $14.5 billion mark while mac revenue came in at $9 billion. iPad revenue of $6.8 billion and wearables, home, and accessories revenue of $7.9 billion also increased from the past year period. 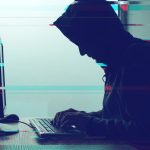