Despite being a relatively new layer-one network solution, Avalanche (AVAX) has lately rocketed up 120.75% to lead the gains of the top 100 coins by market capitalization in the previous seven days, according to CoinMarketCap.com statistics.

Other than AVAX, among the top 100 cryptocurrencies that have experienced the most significant gains in the last week are Cardano (ADA), SwissBorg (CHSB), Dash (DASH), and THORchain (RUNE). From a trading perspective, it’s not unusual for an asset’s price to drop following a rapid rise. Interestingly, however, only Avalanche is currently up on the daily chart.

Indeed, Cardano has gained more than 32% in the previous week alone, but after reaching all-time highs, the cryptocurrency has suffered a sharp decline.

Through its “Alonzo” update, Cardano hopes to finalize its aspirations to become a smart contract platform comparable to Ethereum. This has increased speculation and investors’ holding sentiment.

Although the asset’s inclusion on the Japanese market hasn’t benefited its price, Charles Hoskinson tweeted to celebrate.

Accordingly, prominent crypto trading analyst Michael van de Poppe is looking at the $2.5 range for a potential long on Cardano.

While Avalanche is a relatively new layer-one network solution, its price and acceptability have recently skyrocketed as Ethereum; the dominant smart-contract platform suffers from high transaction costs and longer processing times compared to its competitors.

Its quickly increasing DeFi network, the release of its Avalanche bridge to Ethereum, and its tokenomic architecture, which enables dynamic fees and a token burn mechanism, are all factors that have contributed to AVAX’s substantial price increase.

Furthermore, Avalanche Rush, a $180 million liquidity mining incentive program launched in collaboration with Aave and Curve on Aug. 18, was one of the breakthroughs for the Avalanche protocol. It is focused on bringing new apps and assets to its burgeoning DeFi ecosystem.

Avalanche, an Ava Labs proof-of-stake blockchain, promises to handle 4,500 transactions per second while avoiding the security trade-offs associated with low-latency blockchains. The success of Avalanche Rush has undoubtedly increased investor trust in the layer one blockchain, which debuted its mainnet in September.

Dash, a global payments-focused digital currency, is currently trading at $240.38 at the time of publication. In the previous 24 hours, it has dropped by 11.67% but increased by 19.76% in the last seven days. Due to increasing buying power, Dash was also one of the biggest gainers in the previous seven days.

The network has tapped into the growing cryptocurrency payments market after introducing the DashDirect app, which lets users pay for their everyday purchases at national chain retailers with their Dash holdings.

Whatsmore, Dash has held its footing against any sell-offs waiting for a trigger to shatter the $250 price barrier during the previous seven days, proving Dash is expected to rise to $300 over time, based on the current price trend.

In fact, Dash is drawing greater buying power as it outperforms its competitors with a comparable market capitalization, thus increasing its price. Moreover, the Bitcoin price surge, which saw the commodity recently trade above $50,000, has also helped fuel the asset. 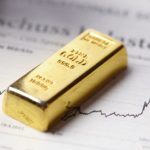