The insolvent crypto lending platform Celsius Network Ltd. has scheduled the dates for the auction of its assets.

In accordance with a filing that was submitted to the United States Bankruptcy Court for the Southern District of New York on Monday, October 3, the last bid deadline for Celsius will be on October 17 at 4 p.m., and an auction will be held, if required, on October 20 at 10 a.m.

According to the filing, a hearing about the sale will take place on November 1 at 11 a.m. before the Chief US Bankruptcy Judge Martin Glenn via Zoom. The filing also said that many participants are anticipated for the hearing.

Celsius initiated the bankruptcy process in July, almost one month after suspending customer withdrawals and preventing access to billions of dollars spread over more than a million accounts.

The most recent court records revealed that Celsius’s obligations were more than $6.7 billion. Still, its assets were only worth around $3.9 billion, resulting in a shortfall of $2.8 billion on Celsius’s balance sheet.

Chris Ferraro, a former employee of JPMorgan Chase (NYSE: JPM), has been promoted to the chief executive officer after Alex Mashinsky, the company’s founder, recently stepped down from his position as CEO.

Notably, accusations were being leveled against a former manager for the responsibility for the loss of several millions of dollars, and the latest news to emerge of the firm reportedly hiding its financial troubles from its investors.

Sam Bankman-Fried, a millionaire in the cryptocurrency sector and the creator of the cryptocurrency exchange FTX, who has been rescuing financially troubled participants in the market over the last several months, is contemplating submitting a bid for Celsius’s assets. 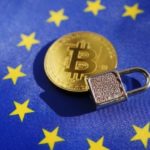