After expressing reservations about Bitcoin, Bridgewater Associates founder Ray Dalio appears to have changed his stand about the asset. In a Reddit Ask Me Anything (AMA) session, Dalio said he considers Bitcoin and other cryptocurrencies to have established themselves over the last decade to become gold-like asset alternatives.

The billionaire investor added that Bitcoin could serve as a ‘gold diversifier’ and a store hold of wealth in the future. Dalio, who manages the world’s largest hedge fund, pointed out that most investors do not diversify their portfolios as they should.

Dalio said when comparing Bitcoin to gold, he prefers assets that governments can hold and use to exchange value. During the session, he took issue with the excessive printing of money into the economy. According to Dalio:

“We are in a flood of money and credit that is lifting most asset prices and distributing wealth in a way that the system that we’ve come to believe is normal is unable to, and that is threatening to the value of our money and credit.”

Dalio’s current sentiment about the asset strongly contrasts his view in November. The billionaire pointed out that Bitcoin isn’t a great store of value due to its high volatility.

At the moment, Bitcoin had surpassed the $17 000 mark. Dalio stated that Bitcoin had the potential of being outlawed by authorities globally.

However, he left his options open. Dalio noted he might be missing something about the asset’s popularity, and there was room for correction.

Dalio’s comments come when institutions have been converting their cash reserves into Bitcoin investments. Notably, the entry of institutions into the crypto space is the main catalyst for the asset’s new 2020 high. 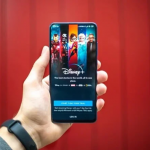