Changpeng Zhao, commonly known as “CZ,” the founder and CEO of Binance, the world’s largest cryptocurrency exchange by trade volume, has revealed that he is willing to help the new owner of Twitter (NASDAQ: TWTR) Elon Musk, bring the social media platform into Web3.

Speaking with CNBC’s Squawk Box on October 31, CZ stated there are many reasons for supporting the deal, in which Binance invested $500 million into Musk’s purchase of Twitter. During the interview, the Binance CEO emphasized in his reasons for supporting the deal that Twitter is a global free speech platform with strong entrepreneurship; he also added that he also uses Twitter ‘very heavily.’

CZ also stressed that he wants to make sure that crypto has a seat at the table regarding issues of free speech, but also, the exchange can also benefit Twitter by helping it adopt crypto as a means of payment for things such as memberships.

“We want to make sure that crypto has a seat at the table when it comes to free speech. There are also more tactical things, like we want to help bring Twitter into Web3.”

“We want to help sove immediate problems like charging for membership etc, this can be done very easily and globally using cryptocurrencies as a means of payment.”

It’s no secret that Tesla (NASDAQ: TSLA) CEO Elon Musk is passionate about the cryptocurrency sector, so Binance’s support shouldn’t come as a surprise. A recent study showed that Musk is the author of the most popular tweets that have mentioned cryptocurrencies over the last couple of years.

Crypto-related posts on Twitter that were shared most frequently and that had the highest number of engagements over the past two years were tweeted by Elon Musk. These tweets are mostly related to Bitcoin (BTC) and meme token Dogecoin (DOGE), including the post from March 24, 2021, in which he announced that people could buy a Tesla car with Bitcoin.

Previously, Musk’s tweets mentioning Dogecoin have sent the decentralized finance (DeFi) token’s price soaring, and as the Twitter purchase approached, Dogecoin surged by 115% in a week to reclaim a 5-month high.

Notably, there is anticipation that Musk, due to his fondness of the dog token, will incorporate DOGE as a tipping mechanism on Twitter, similar to how Bitcoin (BTC) and Ethereum (ETH) are used. 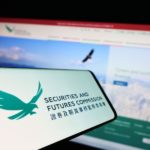