One of the world’s largest cryptocurrency exchanges, Binance, like most of its counterparts, has to face the challenges of money laundering, terrorist financing, and bad press.

Three of the most senior members of Binance’s compliance team recently discussed the challenges that the world’s biggest cryptocurrency exchange by trading volume faces in these areas and how it has affected them in an interview reported by CoinDesk on August 1.

Notably, Binance made the contentious decision in July 2021 to reduce the maximum amount of Bitcoin that customers without Binance KYC (know your customer) accounts may withdraw from 2 BTC to 0.06 BTC.

However, according to one of Binance’s lead Compliance Officers, Tigran Gambaryan, the move has cost the crypto exchange ‘billions in revenue.’ When he discussed how Binance is exponentially larger than its competitors but using ‘real maths,’ noted the rate of illegal behavior is the same across the board.

“We have lost 90% of customers after implementing KYC, losing billions in revenue,” he said.

However, just hours after the report was published stating Binance had lost 90% of its customers, Binance CEO, Changpeng Zhao took to Twitter to call the figure a ‘mis-quote’ he stated:

“It’s a complete mis-quote. Look at the numbers…”

Binance ‘better or the same as most exchanges’

Binance is active in a variety of legal jurisdictions, which the lead compliance officer noted “makes our job challenging” consequently,  Gambaryan acknowledged the exchange needs to place a greater emphasis on those countries (France, Italy, and Dubai). However, the fact that it operates in such areas makes it possible for law enforcement authorities to take action.

“There is a huge difference [in amount of illicit activity], not only in deposits, if you look at a total percentage of transactions. Binance is exponentially larger than its competitors.”

Notably, Binance flipped Coinbase to become the exchange with the most Bitcoin held globally benefitting from increased public relations efforts and securing full regulatory approval in Dubai in March, in Bahrain, France, and Italy in May, as well as in Spain in July 2022. 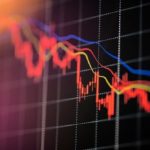