As more focus is put on the energy consumption and environmental effects of mining proof-of-work (PoW) cryptocurrencies such as Bitcoin (BTC), a new study has found that the maiden token was responsible for 0.10% of greenhouse gas emissions in 2022.

Specifically, the study ‘A deep dive into Bitcoin’s environmental impact’, carried out by Cambridge University’s Centre for Alternative Finance (CCAF) discovered that the greenhouse gas emissions attributed to Bitcoin in 2022 amounted to 48.35 MtCO2e (million tonnes of carbon dioxide equivalent), the University said on September 27.

According to the report, this quantity is roughly the same as the greenhouse gas emissions produced by countries such as Nepal which produces 48.37 MtCO2e, and the Central African Republic (CAR) which, interestingly, adopted Bitcoin as legal tender in April, with 46.58 MtCO2e.

Half as much as gold mining

That said, this estimate represents about half that of gold mining, which produces 100.4 MtCO2e on a yearly basis. By comparison, Bitcoin is estimated to produce 47.71 MtCO2e per year.

Since its inception, Bitcoin has produced about 199.65 MtCO2e, 92% of which happened since 2018, which means that its greenhouse gas production has increased sharply. Nonetheless, the emissions estimated for this year are lower than those in 2021.

Hash rate rises, along with criticism

Meanwhile, the Bitcoin mining hash rate, or total computational power used to process transactions, has been steadily growing since the lows recorded in early August, hitting a new record high on September 25 when it soared to 226.633 EH/s, as Finbold reported.

Activities by Bitcoin miners have long been criticized by environmentalists and governments fearing that crypto production could undermine climate change efforts, leading to a renewed effort to regulate its mining.

However, in an effort to reduce the environmental effect of their operations and to earn regulators’ approval, miners are increasingly switching to renewable sources, as evidenced by the first solar-power Bitcoin mining plant opening in South Australia. 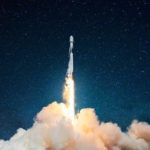