Bitcoin’s trading volume in 2021 offers a glimpse of the asset’s position compared to gold amid the ongoing rally.

Although bitcoin is still a relatively new asset than gold, this year’s significant trading volume is an indicator of the challenge it poses to the precious metal’s position as a safe-haven asset of choice in the financial market.

Bitcoin’s trading volume has coincided with the asset’s meteoric rise that saw it hit a new all-time price of $61,500 on March 15, 2021. The price surge has been fuelled by institutional investor’s entry into the crypto space led by big players like Tesla, PayPal, Mastercard, among others.

Both bitcoin and gold’s trading volume remains significant, partly due to the perception that the assets can act as a hedge against the risk of inflation, especially in the wake of the coronavirus pandemic.

During the crisis, central banks resolved to issue stimulus packages and printed more money in return devaluing traditional safe-haven currencies like the U.S. dollar. For instance, over the last 50 years, the dollar has depreciated by 85% partly due to the government’s reaction during economic meltdowns.

Overall, both bitcoin and gold remained resilient during the pandemic, especially when the traditional stock market collapsed before recovering.

Since the start of the year, bitcoin has had the upper hand in price activity, while gold has experienced several sell-offs. Therefore, based on the trading volume, investors potentially consider bitcoin as the upper asset by cementing its gains despite short-term correlations. Similarly, both assets tend to have similar aspects to a portfolio as they can act as diversifiers.

Will bitcoin take over gold?

Although gold has historically been considered the safe-haven asset of choice, it is still debatable if bitcoin will eat into the precious metal’s market share. However, both assets have significant advantages over fiat currencies because neither can be diluted or debased.

Analysts project that gold’s price might quadruple in the coming years due to increased demand from more large savings and investment markets. Elsewhere, institutional investors’ continued entry into the crypto sector will spark interest in bitcoin and consequently the price.

With both assets showing resilience amid the health crisis, the post-pandemic phase will reveal the true safe-haven among the two. 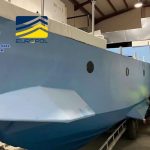