Bloomberg Intelligence chief commodity strategist Mike McGlone has said despite Bitcoin undergoing temporary price correction, the asset will be on a bull run in 2022.

Through his Twitter account, McGlone stated that the asset would likely face resistance at $100,000 with the $50,000 mark acting as the support.

According to McGlone, Bitcoin will hit the new record high, driven by increased adoption and reducing supply.

“Bitcoin Bull and $50,000 Support vs. $100,000 Resistance in 2022. Bitcoin is approaching 2022 in what we view as simply a bull market. The nascent technology/asset is experiencing increasing adoption vs. declining supply and showing signs of maturation,” said McGlone.

In this line, several South American countries are expected to legalize the asset. Despite Bitcoin’s growth, the threat of regulatory crackdown still lingers. Notably, the asset’s significant price corrections emerged amid a crackdown by Chinese authorities.

Previously, McGlone had placed Bitcoin’s long-term projection at $100,000 in coming years. He noted that any price correction is short-term and building the base for a possible Bitcoin surge.

The strategist maintains that the $100,000 target is possible based on the asset’s steady average annual price growth.

His sentiments come after Bitcoin plunged below the $60,000 level amid a general cryptocurrency market sell-off. By press time, Bitcoin was trading at $58,000, having made gains of about 5% in the last 24 hours.

As previously reported by Finbold, the crypto market wiped out $340 billion in a week. On Monday, the entire market capitalization stood at $2.87 trillion, but the figure had plunged to $2.53 trillion on Friday. 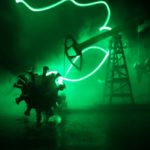 Oil markets: Why investors should focus on Covid rather than SPR release