Photos shared by a Twitter user identified as Dominic Frisby show the messages have been projected on buildings including the Bank of England and the United Kingdom Parliament.

Some of the messages include ‘Bitcoin fixes this’ and ‘Printing money is stealing from the poor.’ Notably, crypto enthusiasts have used similar messages in the past to highlight the inefficiencies of traditional finance systems while putting the focus on bitcoin as a solution.

The messages come in the wake of many central banks globally resorting to printing more money to fill the debt deficit after the economic crisis resulting from the coronavirus pandemic.

By press time, the identity of the individual or group behind the messages was still unknown. However, some of the photos of the message projection are now a non-fungible tokens (NFT).  The token auction is live on the Rarible marketplace with a minimum bid of 0.1 ethereum.

Interestingly, UK regulators have been skeptical of cryptocurrencies. In January this year, BoE governor Andrew Bailey warned that digital assets could not operate in the current state with a lack of governance and regulations.

However, recently, BoE listed seven jobs, with one seeking a Stakeholder Analyst in Central Bank Digital Currency (CBDC). Other CBDC related job postings include a project analyst, a solution architect, a technology analyst, a senior manager, and a senior enterprise architect.

Last year, advertising posters supporting bitcoin emerged on a tram station located in front of HSBC Hong Kong headquarters. Unlike the London case, the ads were part of a campaign by The Bitcoin Association of Hong Kong (BAHK). 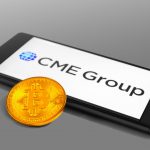