The Bitcoin bulls are still ready to charge as the world’s premier digital asset breaks the $12,000 barrier again.

Bitcoin has reached the psychological $12,000 level for the second time a few hours ago during the Asian trading session. The move has resulted in a 4.4% gain for the asset over the past 24 hours according to Tradingview.com.

Over the weekend, Bitcoin slid to an intraday low of $11,540 on Sunday but managed to regain composure with buyers pushing it back up to its highest level for over a week. The move has been big for the long time frame charts, especially the weekly view.

Analyst Josh Rager noted that the weekly close was the highest candle BTC has seen since January 2018, adding that he expects the momentum to continue.

“Bitcoin just had its highest weekly close in 2.5 years…
All I’m saying is that I expect price to keep pumping this week”

Fellow analyst, ‘CryptoHamster’, depicted a triangle formation which has been broken, however added caution that volumes are not great, this month’s previous high of $12,090 has not been surpassed yet, and it could be a false breakout.

Zooming out, Bitcoin is trading well above both the 50 and 200 day moving averages, but has yet to top its 2019 high either. The current five month rally is looking very much like that of early 2019, but by this time last year, momentum had petered out and the bears took control again.

Ethereum has retouched $400 again as it mirrors the movements of its big brother. Momentum for the world’s largest smart contract platform has been driven by last week’s successful launch of the final public test network for the long-awaited ETH 2.0 upgrade.

Since the same time last month, Ethereum has gained 66% in a return to a two year high around the $400 level. As with big brother, a pullback could be imminent before any further upwards momentum.

Other crypto assets performing well over the weekend include Chainlink which has cranked 8% to reach an all-time high of $14.30 a couple of hours ago. The move has enabled LINK to surpass Bitcoin SV and Litecoin in terms of market capitalization, which is now $4.7 billion.

The total market cap for all cryptocurrencies is currently at $364 billion, its highest level since June 2019. 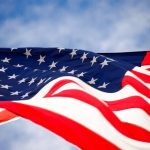 US congressman plans to create cryptocurrency to mitigate COVID-19 impact