On August 7 reports emerged that congressman Nathan Toman of North Dakota plans to create crypto of the state. Rep. Toman believes that an official “North Dakota coin” can greatly help the state’s ailing economy in the aftermath of COVID-19.

The new cryptocurrency would be pegged to state-owned assets like gold, precious metals, and property to guarantee its sustainability and stability. Toman sees such an asset positioned to be more of a store of value than a transactional currency.

Also, he thinks that it could function in conjunction with loans and other forms of investing. Citizens can buy and use the coin to invest in stocks and other types of crypto investments.

North Dakota can develop the coin since it has a knowledgeable IT department, according to Rep. Toman. He said that in the case that the central economy fails, the cryptocurrency can protect the people of his state from collapse.

Nonetheless, the U.S. Securities and Exchange Commission (SEC) and the bank of North Dakota are not interested in creating crypto. These regulatory authorities put up massive resistance against Toman’s North Dakota Coin effort.

Although the lawmaker remains positive about the future of the endeavor due to the current economy and health crisis, it is not yet clear whether this coin will use blockchain technology.

While North Dakota strives to issue its local Blockchain-based asset, the Federal Reserve, for now, is looking toward launching its FedNow digital money system. 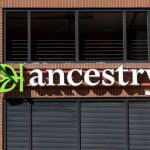 The Blackstone Group to acquire Ancestry.com for $4.7 billion