On Tuesday morning, the price of Bitcoin (BTC) dropped below $60,000 as a result of a market-wide crash that saw the flagship digital currency lose more than $100 billion from its market cap.

The value of numerous other popular cryptocurrencies fell, with the value of Ethereum (ETH), Binance Coin (BNB), and Solana (SOL) all falling by between 5 and 10%.

After reaching a new all-time high of just under $69,000 less than a week ago, Bitcoin’s price has plummeted. Presently, the flagship digital asset BTC is trading at $60,625, down 7.56% in the last 24 hours and 10.79% over the previous week, with a market cap over $1.12 trillion, falling from $2.2 trillion in less than a day, as per CoinMarketCap statistics.

Cause of the crash

Currently, there is no obvious explanation for the price decline, with a number of variables likely contributing to the drop. Among these are an increased crackdown on Bitcoin mining in China, the rejection of a spot Bitcoin exchange-traded fund (ETF) by the Securities and Exchange Commission (SEC) of the United States, and long-term investors taking gains off the top of their investments.

Despite the fact that Bitcoin’s price is famously volatile, analysts say it is too soon to know if this recent fall signals the beginning of a bear market or whether it is just a correction on the road to new all-time highs.

Yesterday, we reported that certified technical analyst Crypto Birb believes that whole Bitcoin was trading at $65,746 and above its weekly 50-week average at the time; it is possible for Bitcoin to trade near $100,000 in the next few weeks.

He stated: “My $BTC targets are set. Expecting #Bitcoin to trade near $100k in the next weeks.”

“Falling back to the support trendline in the RSI creating a huge hidden bullish divergence on the daily. Can Bitcoin backtest the daily 55 at $58,512? That would be golden as it did exactly that in November 2017 before liftoff over 100% by the end of the month.”

In contrast, trader and advisor Nebraskangooner has identified the downside “Breakdown. $55k area is a possible scenario pending today’s close.”

Currently, the global crypto market has dropped by more than $200 billion after previously hovering close to the $3 trillion milestone during the record-breaking run that began last week.

In particular, the worldwide cryptocurrency market capitalization is $2.61 trillion, representing a 9.21%reduction from the previous day, while the overall crypto market volume over the past 24 hours is $147.18 billion, indicating a 57.97% increase in 24 hours. 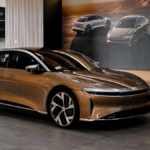