Prior to the start of the Bitcoin 2022 conference in Miami, Bitcoin (BTC) had a modest retracement after a spectacular surge throughout March.

Furthermore, given its recent upward momentum in the last 30 days, prominent crypto trading analyst Michaël van de Poppe highlighted a key resistance level for Bitcoin on April 8, which he suggests BTC will need to test if it wants to continue climbing north.

“Bitcoin approaching crucial level to test if it wants to continue moving upwards, to potentially $56K.”

The analyst pinpointed resistance at roughly $46,881, although just a day earlier, he noted Bitcoin couldn’t hold the level at $44,700 and started to drop south, which was expected after losing that recent low, “currently at an important breaker. If we hold this, all good, it seems ready for another leg to $57K. If we don’t, then I see a test around $36K.”

It’s worth noting that the world’s most valuable cryptocurrency is experiencing a rare period of stability, but it might be bolstered if any significant good news comes out of the world’s biggest bitcoin conference.

The Miami event is the same one where El Salvador President Nayib Bukele stated last year that his nation would be adopting Bitcoin as a legal tender.

Already it has emerged that Bitcoin (BTC) is the most popular recurring purchase asset in 2022 so far with investment platform Robinhood, surpassing leading companies such as Apple (NASDAQ: AAPL) and Tesla (NASDAQ: TSLA).

The flagship cryptocurrency is showing marginal signs of recovery after its price began sliding down on Monday. As things stand, BTC has $828.5 billion and a dominance of 41.1% of the entire crypto market. 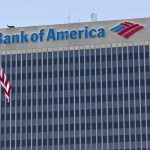