Speaking to Yahoo Finance, Mashinsky stated that bitcoin would keep surging terming the crypto as the best performing asset class over the last decade.

Furthermore, he blasted Musk and Tesla for double standards on suspending bitcoin after the asset contributed significantly to the company’s last quarter results.  According to Mashinsky:

“Tesla made something like $300 million in profit just from selling a portion of its bitcoin. So obviously, they use bitcoin to deliver a very important quarter for them. So you can’t have it both ways. You can’t say bitcoin’s not good for me. So Bitcoin doesn’t need Tesla. Bitcoin is up 20,000,000% in the last decade, the best performing asset class over the last decade, and the industry is going to do just fine without Elon.”

With Tesla suspending bitcoin payments over environmental concerns, Mashinsky noted that Musk would not be having the PR nightmare if he had selected other assets like ADA.

Following the move by Tesla, some customers reportedly canceled their Cybertruck orders. They called out Musk for supporting assets like dogecoin in public while watering down bitcoin.

In his past projection, Mashinsky has stated that bitcoin will hit $100,000 by the end of 2021. He believes investors should avoid using the asset for payment but rather hold.

He had earlier called on bitcoin holders to learn from Tesla after the company allowed customers to buy cars in bitcoin, noting that the EV manufacturer had no intention of selling the asset, which was an indicator of the potential price rally.

By press time, bitcoin was trading at $49,080, dropping 9% in the last 24 hours according to data provided by CoinMarketCap. 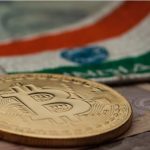