Currently, the selling pressure is equal and not dominating market sentiment. The sell-off also coincided with reports that South Korean police had seized Bithumb a leading crypto exchange.

Analysts believe that surpassing the $12,000 resistance level will position Bitcoin to test an all-time high for the year. To maintain above the level, Bitcoin needs a significant sustained buying.

In general, the $12,000 level now continues to be strong resistance for Bitcoin but the bulls have persisted in the course of August to rally around the $11,000 level offering the much-needed support. In the last four weeks, Bitcoin has been unable to maintain above $12, 000 mark at least four times.

Historically, if a cryptocurrency wants to break through such a significant resistance level, it usually tests the level multiple times before it breaks through.

Bitcoin to set sights on $15,000 level after breaking current resistance

The last time Bitcoin surged beyond the $12,000 barrier was on August 18, an indicator that the asset continues to test the level despite multiple rejections. The price mark coincided with a rally in Gold prices with some analysts explaining that the precious metal was controlling the price of Bitcoin.

The rally by Bitcoin could have been viewed as a reaction to the liquidity injections by the world’s central banks which is driving interest and investment in the digital asset.

There is some level of optimism on what to expect if Bitcoin successfully beats the $12,000 level. If the resistance breaks, Bitcoin will automatically set sight on $15,000 which then becomes a likely target for the bulls.

However, a clear breakout through the $12,000 area can only be affirmed with a support flip. It will suggest that buyers are stepping in as the previous resistance transforms into new support. 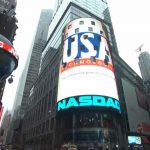