Crypto asset markets have had a productive weekend with total capitalization hitting its highest level for over six weeks. Bitcoin has also seen a bullish signal to buy as the halving draws ever closer.

Over $7 billion has entered digital currency markets over the weekend taking total capitalization up to $223 billion, its highest level since before the March crash.

There have been no wild surges, just a steady grind higher for most crypto assets with Bitcoin leading the way. Since the same time last week markets have gained around 7% as they slowly recover.

Bitcoin has reached resistance at $7,800 according to Tradingview.com. The move has resulted in the seventh weekly green candle in a row as BTC touches the 50 week moving average. 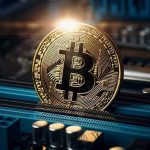 Halfway there: 744 days left till Bitcoin halving - why is this important? 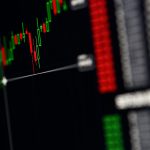 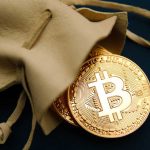 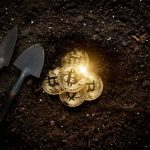 Resistance lies just above here at the 200 day moving average and then at $8,100. Analysts have been looking at the technical indicators and one has just flashed a rare buy signal.

Digital asset manager at Capriole, Charles Edwards, has been looking into hash ribbons which are powerful indicators that provide strong buy signals based on hash rate and difficulty moving averages.

“The Bitcoin Buy signal which occurs about once a year just fired.”

Edwards added that historically this means that the next 30 days is a great time to accumulate more Bitcoin. He also expressed caution though as a miner capitulation due to wider economic pressure and a drop in profitability is also a likely scenario. All prior halvings had another capitulation within 3 months after the halving, he added.

Previous instances that this signal went green were in early 2019 during the long crypto winter, and earlier this year following another period of market depression. Strong rallies followed in both cases.

Other analysts have noted that this hash ribbon has only signaled a buy eight times in Bitcoin’s history.

“This happened 8 times in the $BTC history and the average maximum return was 5,378% to the next top!!!”

The halving is just 15 days away now, and it has been highly anticipated for over a year. Previous halvings in 2012 and 2016 resulted in huge rallies in the subsequent years but the situation is very different in 2020.

eToro’s Matti Greenspan pointed out that in around two weeks the annual inflation of Bitcoin will go from 3.65% to just 1.8% which is approximately half of the global annual inflation rate.

This week will be crucial for BTC and crypto markets which are currently holding on at resistance levels. However, with wider economic woes hampering investment, a massive rally does not look likely until at least 2021.