The crypto markets saw a Bitcoin rally after the last fall. However, analysis shows that the pressure price level marked at $7,150 is yet to be broken, according to Jins’ analysis at CoinNess.com.

These transactions are not clear signs that determine whether or not the main funds operate. The market capitalization has oscillated around $206.7 billion, a recent high, even though major cryptocurrencies have traded in a significantly strong trend. This indicates that the rise of Bitcoin still has to encounter a major resistance near that level.

The short-term upward resistance is about $7,500 for BTC and the trend of a successful price breakthrough is continually strengthening. Concurrently, Bitcoin halving is fast approaching.

Bloomberg’s report about Bitcoin changing from risky assets to digital gold in 2020 will prove beneficial to the price rally if the cryptocurrency passes this test.

As the bitcoin halving event gets nearer, various theories have come up about BTC price. Most analysts believe that the price will surge based on data from previous halving events. Some even suggest that Bitcoin will set a new all-time high in the wake of the 2020 halving event.

As the traditional markets crumble in the wake of the coronavirus pandemic, investors may seek an alternative. These factors coupled with Bitcoin’s supply reduction may result in higher prices as demand surges.

From the basis that Bitcoin miners are the main providers of new BTC, their general behavior significantly affects the market price according to a Coin Metrics theory. It states:

“Since miner variable costs are slow-moving and fairly constant in fiat terms, miners are required to sell less of their block rewards to cover their expenses during periods of rising crypto prices. On the other hand, when crypto prices are falling, they are required to sell more. Under this theory, miners have a pro-cyclical effect on the market, in that they further exacerbate price increases.”

This theory may change if more miners hedge against the future market price. Moreover, miners can use their coin reward as collateral for fiat currency loans which may offset this theory.

Bitcoin has been volatile in recent weeks probably due to the approaching halving event and the current health crisis. Its connection with the stock market has kept analysts, traders, and investors anxious about what will happen next.

For example, Bitcoin fell from above $7,100 to weekly lows at $6,748 after oil prices fell on April 20 and took the stock market down with them. Now, Bitcoin has soared above $7,000 as oil prices also rebounded.

If Bitcoin manages to rally above $7,150, it might become tentative support that also functioned as a support in the downtrend in 2019 from June highs at $13,800. 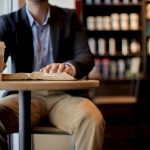