While both Bitcoin volumes and open interest are soaring, the top cryptocurrency is witnessing a historical surge in its price value. On Wednesday, November 25, the asset crossed the $19,000 mark.

Data by Tradingview.com shows that the asset at one point traded at $19,400. This is the highest Bitcoin price in three years after it hit an all-time of $20,000 in December 2017.

The rise in open interest might indicate that money is currently flowing in the market. In such a scenario, traders are expecting a near term Bitcoin volatility. The open interest is a measurement of contracts initiated within futures markets held on various exchanges.

What factors could be driving Bitcoin’s rally

It is worth noting that CME launched its bitcoin futures in December 2017. Currently, it is the only regulated cash-settled offering in the U.S. In January, CME began trading in bitcoin options.

The data is also an indicator there might be FOMO (fear of missing out) from institutions. The entry of institutions into the crypto space might be the missing link to push Bitcoin prices to a new high.

The futures spike might be a signal that there is an increasing demand for regulated exposure to Bitcoin via established operations channels.

The surge in Bitcoin price for 2020 is different from the 2017 rally. Historically, retail investors have been driving the price of Bitcoin. In 2017 retailers along the ICO mania contributed to the surge.

However, the entry of institutions is a potentially critical driver for the current wave. 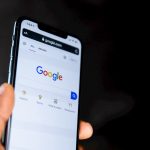