The bloodshed in the cryptocurrency sector continues after the liquidity crunch at one crypto exchange spilled over to almost every digital asset, including Bitcoin (BTC), which has broken below its previous support level.

As it turns out, Bitcoin was unable to maintain the previously held support at $15,800. On November 21, as BTC was still testing this level, the pseudonymous crypto expert Moustache published a tweet suggesting a likely zone for longs between $15,150 and $15,250 (range low).

Chances of a bullish recovery?

That said, renowned crypto trader and LedgArt founder, who goes by the handle Kaleo on Twitter, expressed optimism that a “major momentum shift will happen at the breakout of the HTF log downtrend,” referring to the ‘higher timeframe’ indicator.

However, the expert doesn’t “expect that move to lead to a new ATH, but a move back to the $30K – $40K range followed by more chop into the next halving.” Kaleo’s other tweet specified that a new all-time high shouldn’t be expected “until late 2024/early 2025.”

In the meantime, Bitcoin is far from low on vocal supporters who are still bullish on the digital asset and continue to ‘hodl’, including the author of the personal finance book ‘Rich Dad, Poor Dad’ Robert Kiyosaki.

Earlier, experts at TradingShot noted that Bitcoin was forming a bottom, which indicates that it could get out of the bearish zone in May 2023 and start a new bull market as it approaches the next halving event, which is anticipated for March 2024.

As things stand, the flagship decentralized finance (DeFi) asset is changing hands at the price of $15,727, down 2.14% across the previous 24 hours and 6.57% over the week, adding up to the cumulative loss of 18.09% on the monthly chart.

Meanwhile, Bitcoin’s market capitalization at press time stood at $302.17 billion, retaining its position as the largest digital asset by this indicator, as per CoinMarketCap data retrieved on November 22. 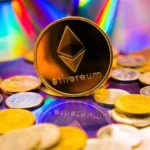