Bitcoin’s (BTC) recent ascent in the cryptocurrency market has resulted in making a number of new millionaires.

Data acquired by Finbold indicates that as of February 10, 2022, the number of addresses with a BTC balance of more than $1 million was at 96,399, according to BitInfoCharts.com statistics.

When employing a web archive tool Wayback Machine, we were able to determine that the number of addresses BTC with over $1 million worth of Bitcoin is up by 1,368 in the last 30 days, when compared to the 95,031 addresses recorded on January 10.

Given the recent shift in market sentiment, it will be interesting to observe if Bitcoin continues to add to the number of millionaires if it continues to increase its upwards momentum after on-chain analysis showing BTC may have reached a bottom.

Bitcoin has effectively navigated through the first phase of the short squeeze according to the Glassnode metrics, and the market has risen as a consequence of this performance. Several measures show that significant support was present around $35,000, and traders will now be hopeful that the on-chain momentum will push the price higher in the coming weeks.

The world’s largest cryptocurrency by market capitalization has a current market worth of $860.4 billion with 41.8% market dominance.

Due to the anonymous nature of the world’s most valuable digital asset, it is difficult to identify the persons who are in possession of the addresses that have been conveyed.

Bitcoin addresses with more than $1 million in Bitcoin are likely to be associated with investors that have large capital streams, such as institutions or exceptionally early adopters. The fact that a single Bitcoin holder might have many Bitcoin addresses is also vital to keep in mind throughout this process. 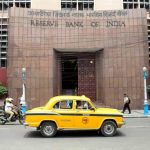