Bitcoin (BTC) miners have long been subjected to criticism over the energy they utilize to carry out their mining activities, leading some countries to try and offset as much damage to the environment as possible while still allowing the practice to continue.

To support this endeavor, YPF, a state-owned energy company in Argentina, has started to supply its leftover gas to an unnamed international cryptocurrency mining company, CoinDesk’s Andrés Engler, reported on October 3.

According to Martín Mandarano, the CEO of YPF’s renewable energy branch YPF Luz, a one-megawatt pilot project was initiated in southern Argentina three months ago to supply energy generated from waste gas left over from oil production.

Furthermore, Mandarano added that another, larger pilot was in the works, this time an eight-megawatt one and that its launch was planned to take place before the end of the year. As he explained:

“We started to develop this generation pilot for cryptocurrency mining with a vision of sustainability and business from flare natural gas, which cannot be harnessed during exploration and at the beginning of the production of an oil field.”

Elsewhere, a solar-powered Bitcoin mining plant has started operations in South Australia, striving to become the first of its kind in the region and providing around five megawatts of electricity in an effort to minimize Bitcoin’s carbon footprint.

The efforts to leverage renewable energy sources to mine the flagship digital asset have also been recorded in western Colorado, where Aspen Creek Digital launched solar-powered Bitcoin mining operations, as Finbold reported.

In early September, the White House voiced fears that the production of digital assets like Bitcoin could have a negative impact on the environment, in turn hindering the efforts by the United States to battle climate change.

Meanwhile, Bitcoin mining power hit an all-time high on October 2, as its hash rate – the computing power utilized to process transactions – began its rise in August during signs of Bitcoin’s short-term recovery and continued despite its struggles afterward. 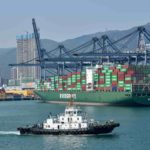