As Bitcoin (BTC) trades back above the $40,000 mark, but still significantly lower than its peak in late March, the miners of the flagship digital asset seem to be tireless, even in the face of low fees.

Indeed, the Bitcoin mining hash rate has been recording a steady uptick since late June 2021. Simultaneously, the mining fees have retained their continuously low level, as observed on a chart shared by on-chain data platform CryptoQuant.com on April 14.

Meanwhile, the sum of all rewards paid to Bitcoin miners is 10.71 BTC for each block, compared to nearly 100 BTC in late June. The mining rewards have been at the more or less same level as now since July, as per the chart data.

In other words, the mining competition has been intensifying for the past 10 months, irrespective of the low fees that miners have been receiving during this time.

It should be noted that the latest increase in hash rate has followed the third drop of Bitcoin’s mining difficulty adjustment algorithm (DAA) for 2022, which took place on April 14. The drop, which took the parameter down by 1.26% at a block height of 731,808, makes it easier for miners to find blocks, decreasing the difficulty to 28.23 trillion.

Elsewhere, the digital currency has been witnessing the largest outflow from crypto exchanges in five weeks, indicating that the price might finally turn bullish after a week-long bearish trend that has entangled most of the major cryptocurrencies.

The market cap of the largest cryptocurrency by this indicator is recording decreases as well and currently stands at $764.68 billion, according to CoinMarketCap data. 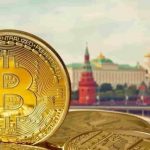