The rise of bitcoin in popularity and value continues to cast the spotlight on the asset over its potential. However, there is always a lingering question on how much electricity the cryptocurrency consumes and how it fares with other entities.

Data acquired by Finbold indicates that bitcoin’s estimated annual consumption of 143 TWh as of May 5, 2021, is at least eight times higher than Facebook and Google’s combined consumption of 17 TWh. The social network consumption stands at 12TwH while Google’s annual energy usage is at 5 TWh.

Compared to specific countries’ annual electricity consumption, bitcoin trails China’s 6,453 TWh by at least 45 times. Furthermore, bitcoin’s consumption is at least 27 times that of the United States’ 3,990 TWh. The asset’s consumption also accounts for about 69% of all the energy used by world data centers.

The bitcoin power consumption debate has been ongoing for years, especially when the price rises. Currently, the asset is on a sustained bull run with the market capitalization surpassing the $1 trillion mark. The surge in bitcoin’s values, has reignited the sustainability debate. The debate on how much power is needed to sustain bitcoin’s network is always accompanied by the asset’s other criticism like the price volatility and ability to aid illicit activities.

Bitcoin power consumption usually correlates with a surge in value. It becomes more profitable to mine the asset because more people are selling and buying crypto to leverage the high price movement. This calls for more miners to confirm the transactions. Therefore, the more miners, the more computing power is needed to solve computing problems.

For Google and Facebook, their power consumption figure remains relatively low. Notably, the companies’ vast power consumption goes to their data centers. However, the usage is projected to reduce after the companies made efforts to ensure data operations are more energy-efficient with renewable power sources. For instance, Google is making efforts to supply each data center with an energy grid.

In general, tech companies‘ electricity consumption is projected to rise due to increasing internet traffic and data loads. However, these companies are countering the increased power consumption by switching to efficient means. Besides investing in renewable energy sources, the companies are also shutting down older facilities favoring ultra-efficient centers. In general, consuming less energy has become part of Facebook and Google’s corporate social responsibility efforts.

Elsewhere, the crypto sector is also embracing renewable energy sources. Bitcoin proponents believe that as renewable energy options emerge and become cheaper, the digital asset will also become greener. There is a consensus that bitcoin and the entire crypto players must strive to lower their carbon footprints.

Furthermore, bitcoin electricity consumption has been linked to infrastructure, and there are advances in building ASICs, purpose-built chips to mine the asset with a focus on less energy consumption.

With bitcoin moving mainstream, friendly governments will likely support the sector by enabling the setting up of mining companies near power grids, especially renewable electricity. Such an initiative will see miners utilize the excess power produced to mitigate the oversupply of electricity.

This model appears to be working in China, where large-scale mining facilities have been established in regions with cheap and excess energy. However, the debate on bitcoin’s sustainability might not cool down any time soon, especially with the asset projected to keep rising in value—critics are likely to focus on the power consumption of bitcoin. 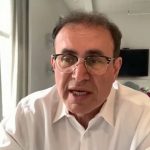