With Bitcoin’s (BTC) price struggling below $20,000, the asset’s mining activity appears to be thriving, with competition among miners continuing to grow. Consequently, this scenario has resulted in the Bitcoin mining hash rate hitting a new record high.

Indeed, as of September 25, Bitcoin’s mining hash rate spiked to a new all-time of 226.633 EH/s based on the 30-day moving average. The hash rate has been surging steadily from the lows recorded in early August, according to Blockchain.com data.

The hash rate, which refers to the total computational power used to process transactions, started peaking up in August when Bitcoin showed signs of short-term recovery. However, the hash rate has soared while Bitcoin’s price continues to struggle.

Interestingly, the current hash rate figures contrast historical trends when the metric correlates with Bitcoin price movement. Notably, the hash rate increases when Bitcoin’s value surges and tends to drop alongside the price. Overall, the rising hash rate translates to Bitcoin becoming more difficult to mine and partly indicates the asset’s next price movement.

It is worth noting that the rising hashrate comes as more focus is placed on Bitcoin’s carbon footprint. The mining activity has continuously been criticized by environmentalists for its power consumption.

Consequently, the criticism has inspired a renewed effort to regulate Bitcoin, with different proposals being fronted. However, miners are increasingly shifting to renewable sources to stay in good books with regulators.

Furthermore, the hash rate trajectory will likely depend on the profitability of mining Bitcoin. In this case, miners will probably pause operations if the profitability drops, which translates to a hash rate deficit triggering mining difficulty to adjust downwards.

As reported earlier, with the Bitcoin mining hash rate soaring, the miners’ strategy of holding Bitcoin has been altered. For instance, miners recorded an over 100% sell rate in May for their Bitcoin, shifting from the previous strategy of HODLing the gains. 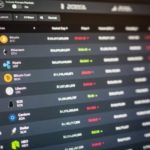