Bitcoin miners are feeling the impact of the crypto market correction by resolving to sell their haul, moving away from the previous approach of ‘HODLing’ the asset.

Due to the dropping profitability of Bitcoin, miners recorded a selling rate of over 100% for all their assets accumulated in May alone, research published by Arcane on June 21 indicates.

The significant selling began in 2022, with the year’s first four months recording a rate of 30%. As Bitcoin battles to trade above $20,000, the selling rate is expected to increase amid fears the market might correct further.

To put this into perspective, data by crypto analysis firm IntoTheBlock indicates that outflows from the Bitcoin mining pools have accelerated since June 12, with most funds destined for trading exchanges for selling.

Notably, on June 12, Bitcoin lost its crucial support of $30,000, and some analysts are projecting that the correction might extend further. For instance, as reported by Finbold, Gareth Soloway, the chief market strategist at InTheMoneyStocks.com, believes that Bitcoin might drop to $10,000.

In general, Finbold reported that Bitcoin mining has become unprofitable as the asset dropped to the lowest level in about 18 months. Despite Bitcoin recording significant gains like the all-time high, the period has been challenging for miners.

Notably, following China’s last year’s crackdown on mining, different operators had to migrate to friendly jurisdictions. At the same time, more than half of the mining hashrate dropped, making the process easier and profitable despite the impact on prices.

Additionally, the latest selling rate by minors might trigger a further price collapse for Bitcoin, considering they hold one of the highest amounts of the flagship cryptocurrency at around 800,000.

The recovery in profits will depend on various elements, but the regulatory aspect stands out as a significant threat. For instance, in the U.S., lawmakers continue to raise concerns over Bitcoin’s environmental impact with the Proof-of-Work (PoW) concept.

As per the Finbold report, Congress members sent a letter to the country’s Environmental Protection Agency (EPA), seeking the agency’s input on the merits of mining. 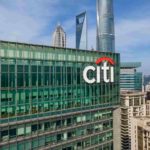